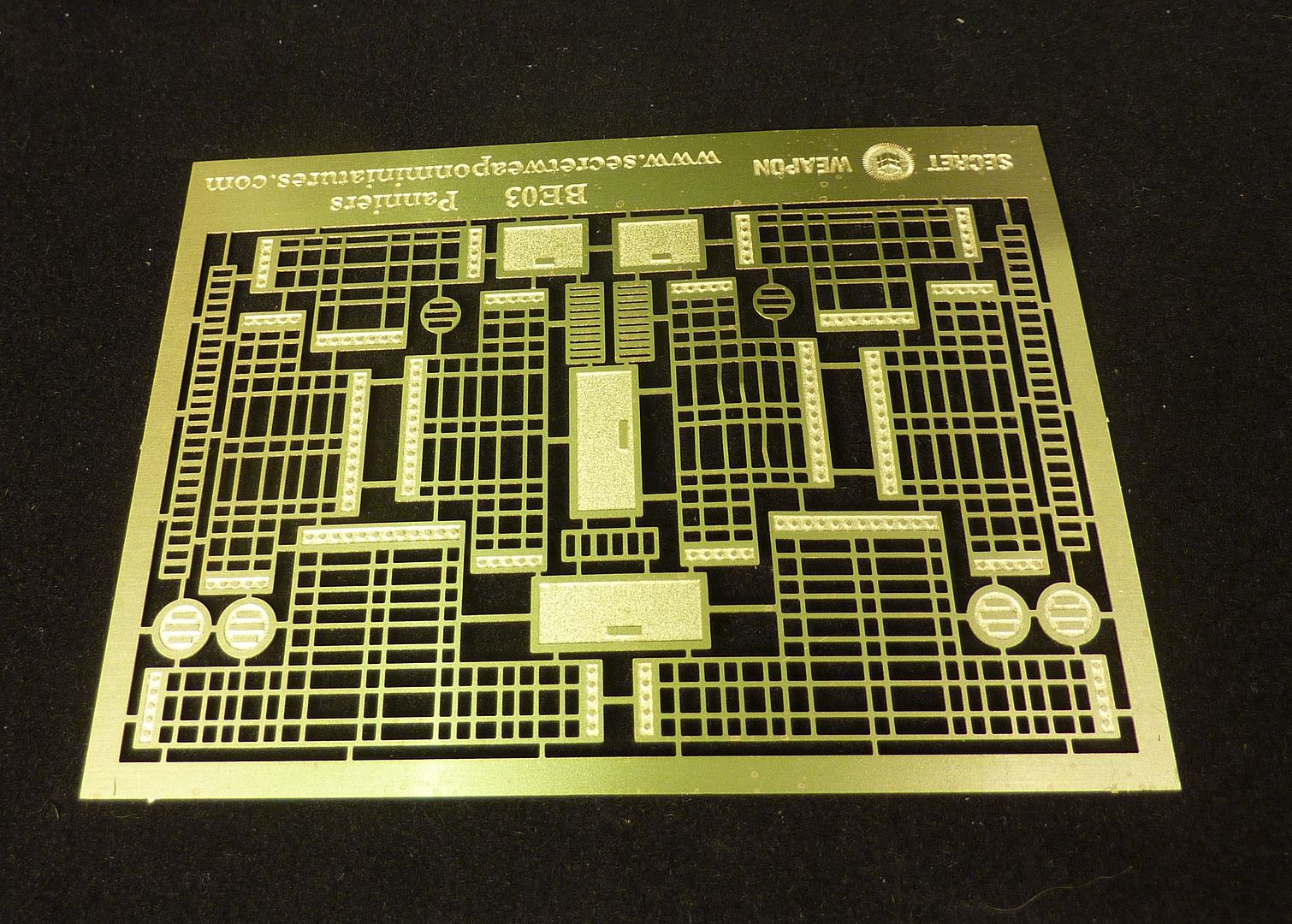 Secret Weapon Miniatures brass-etch Panniers, rather than continue with the 'rack' I was scratchbuilding.
Eight Panniers (2x large, 2x small and 4x medium) and a lot of detailing bits! You'll be seeing these on all sorts of vehicles I think. Anyway here's the two large panniers on the 6x6... 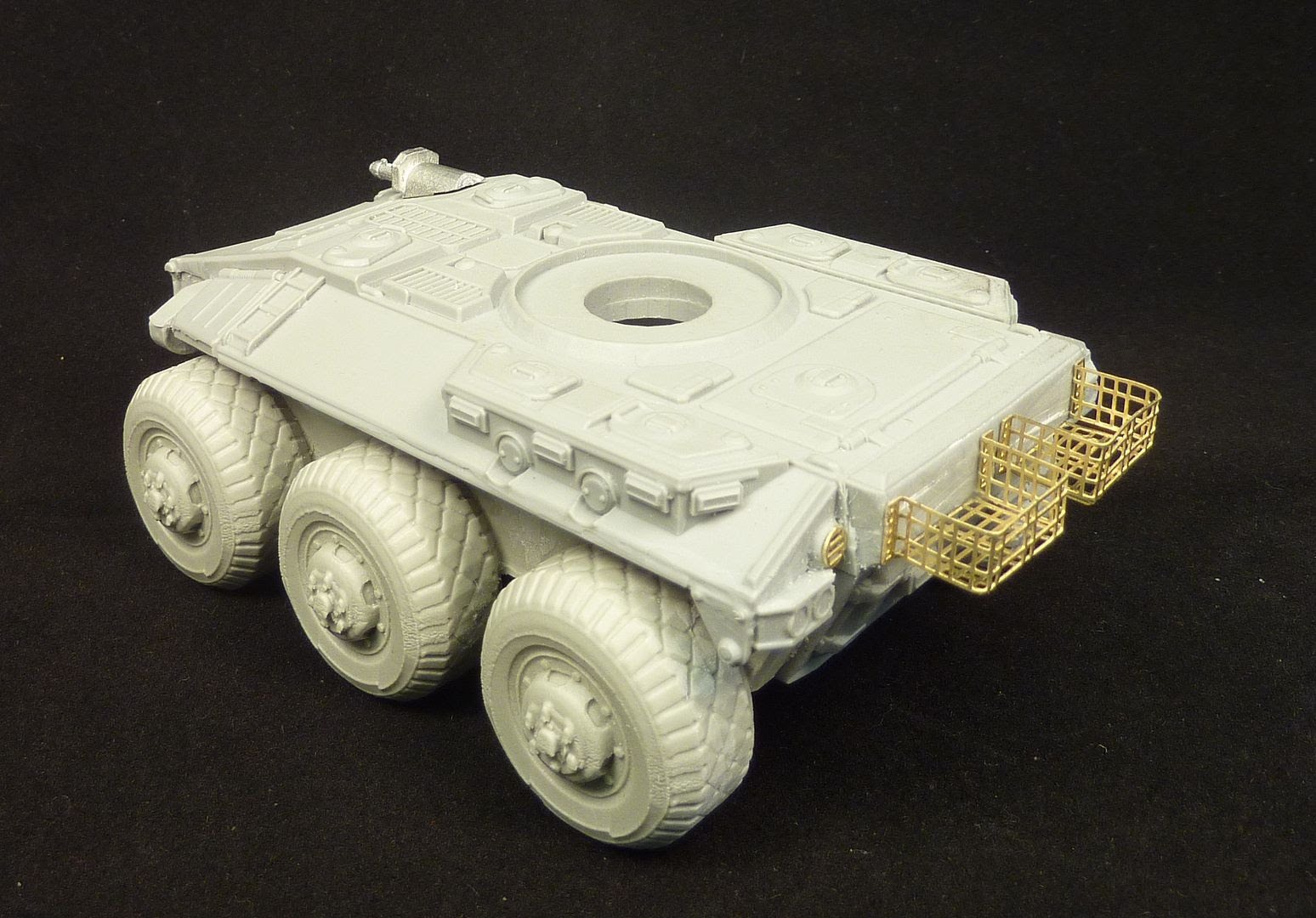 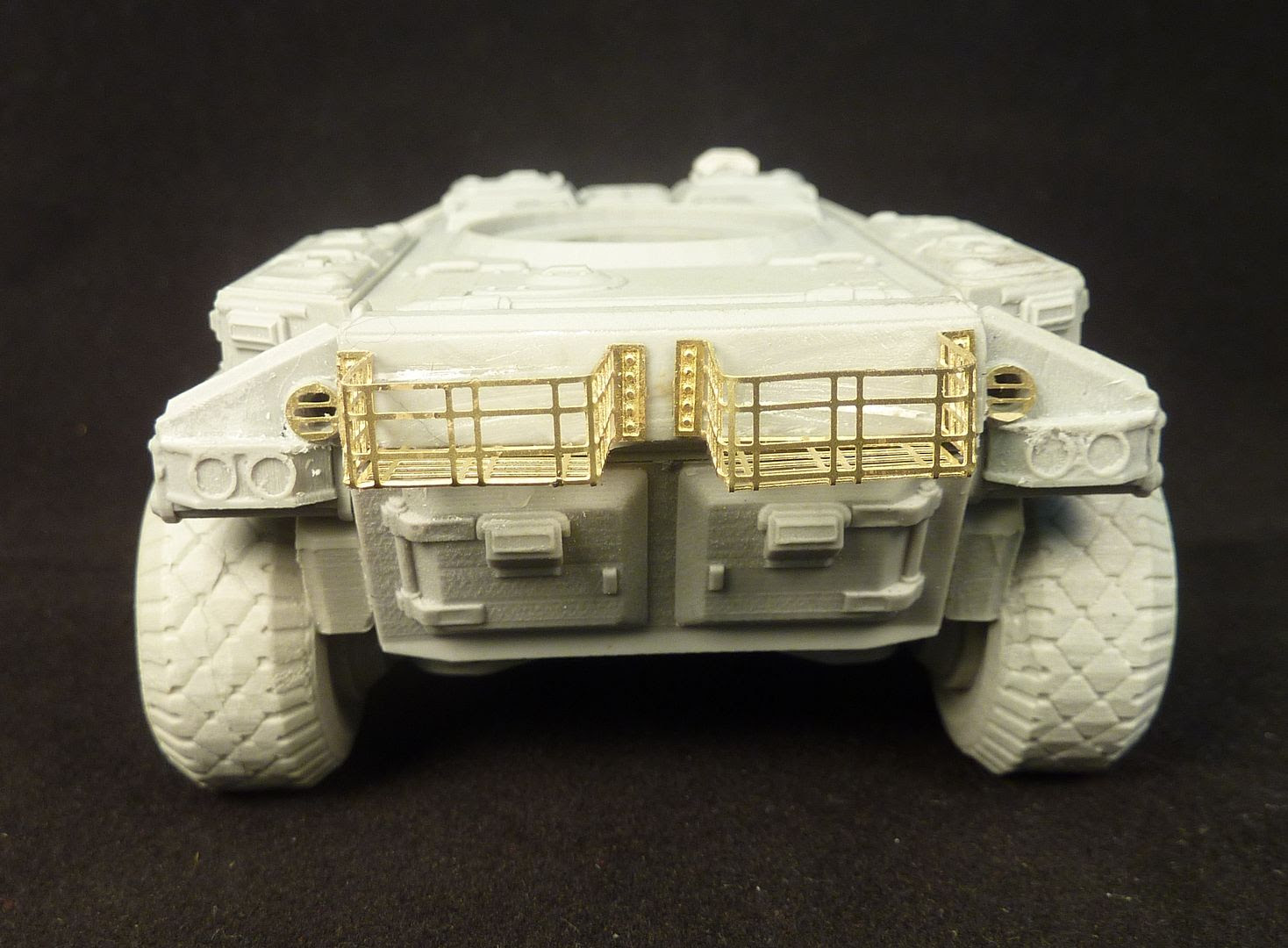 Amongst the 'bits' where two circular grills that fit the new exhaust outlets perfectly (panniers and bits could have been designed just for the 6x6 as the fit is so good!). Mr Justin from SWM claims the panniers  are very easy to use and even includes a video on the website to show you how to bend them to shape claiming that you don't even need a 'bending-tool'. Well I started using such a tool but ended up bending them as he instructed - and, yes, it's easy! Even if they're not perfect you can always claim the imperfection as 'battle-damage'!
It's also very pleasing to see a manufacturer responding to a customers observations.... both sets of wheels have had the 'mould-slippage' issue corrected and are as near as perfect as you're likely to get with resin castings. I also raised an issue regarding the packaging and this too has been improved immensely - stout box as before but now the items were packed very securely in foam chips.
Bloody marvelous, Secret Weapon Miniatures!!
Posted by dwartist at 17:55