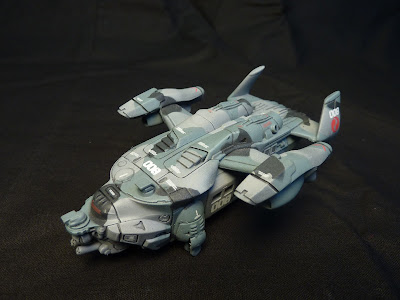 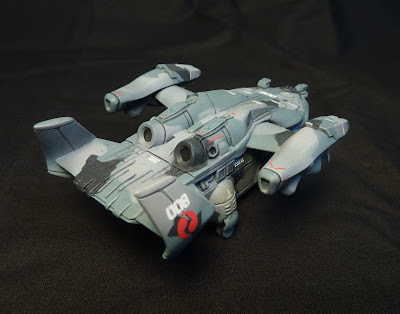 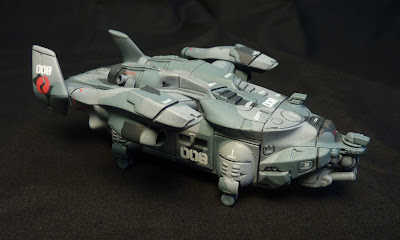 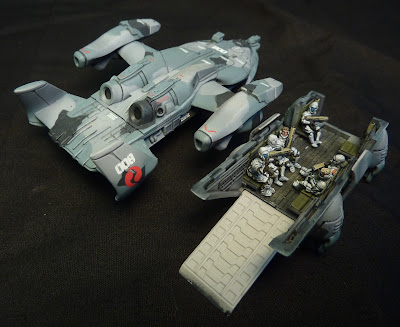 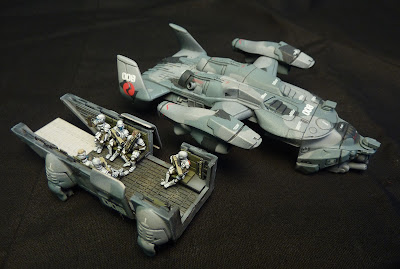 ...now has a crew-chief! Someone suggested that the 'Tractor-Mul' in the hold needed to be safely secured and that I would suffer the wrath of the crew-chief should I not make it safe. The 'Mul' is, of course, held in position by the electro-magnets in the floor plates adhering to the metal tracks (What? It's sci-fi!). However I liked the idea of a crew-chief (thanks Cpt.Jake!) shouting instructions in the hold so after a little, minor conversion work I now have one. He's using the touch screen to his right to release the magnets and allow the 'Mul' to be off-loaded (he's not fixed into position yet). 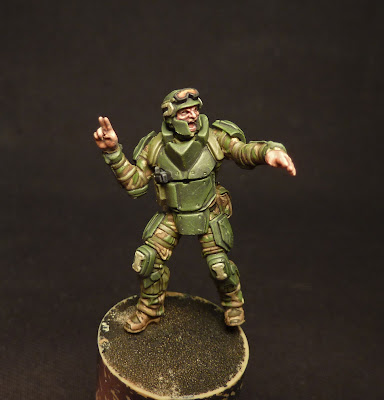 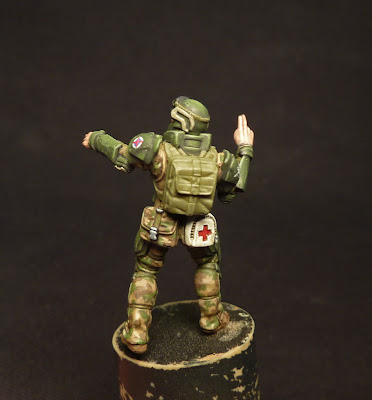 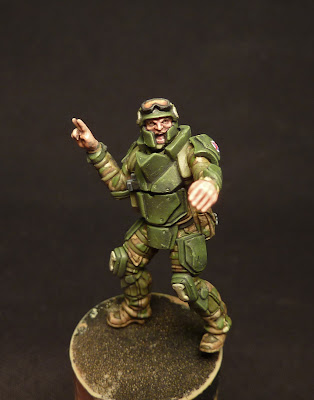 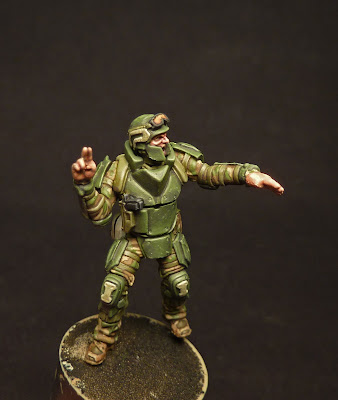 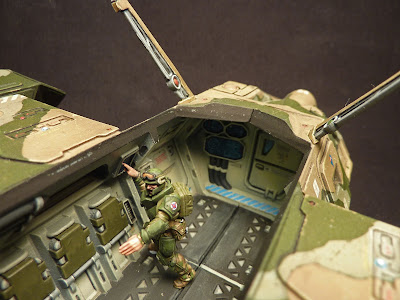 ...now hyphenated! I've made the windows for the side doors - fiddly bit of  thin acetate cutting taking several attempts and glued into position with UV glue which dries almost instantly and very clear after shining UV light on it - and I've now added the first item of cargo. When I cleared my stock of Infinity miniatures the only items I kept were two Traktor Muls  and I've converted the 'Katyusha' version to fit the Super-Hawk's hold (basically I removed the mounting stubs and glued them flush to create a 'folded-down' configuration that fits the hold and exit ramp perfectly).

...and the first of several Infinity minis (first I've ever painted!) to accompany and occupy the craft.