...I had originally planned to incorporate the 'Razors' in a 'near-future' diorama with my second Antenociti 'Superhawk' landing craft (they actually fit perfectly in the hold) and I was going to use the more futuristic looking Puppets War Tactical troopers to accompany the vehicles (similar to the Infinity Ariadna minis on the first 'Superhawk' diorama) hence the first vehicle being built and painted without crew in/on the vehicle. When I ordered the 'Razors' I did actually order the two crew sets but hadn't planned to use them this time  but the more I looked at them and at the minis on Spectre's website the more I liked them so I thought why not?....except it might mean painting multi-cam!
Now I've painted camoulflage patterns on numerous minis over the years reasonably successfully but it has always been on sci-fi minis and therefore very much open to interpretation. Could I paint a real-life pattern like multi-cam? Well I've given it a go... 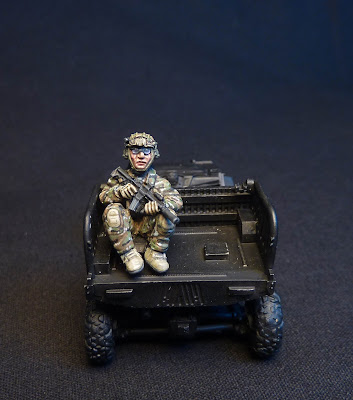 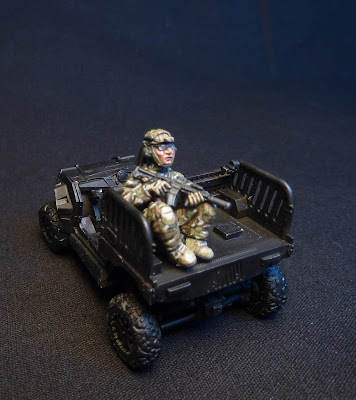 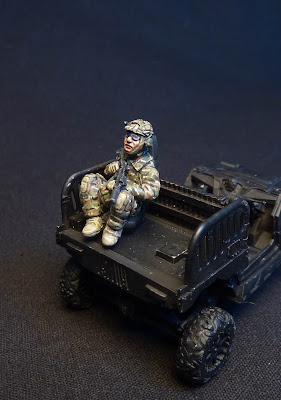 ...sorting out the stowage - still needs strapping down somehow! Spectre do a couple of nice vehicle stowage sets in their accessories range; one set is MRZR-2 specific and consists of a spare wheel and two fuel container (gerry-cans) panniers while the other one is more generic and contains a selection of ammo boxes, gerry-cans, weapons cases, LAWs and cooler boxes. 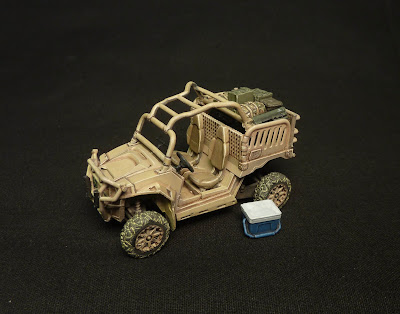 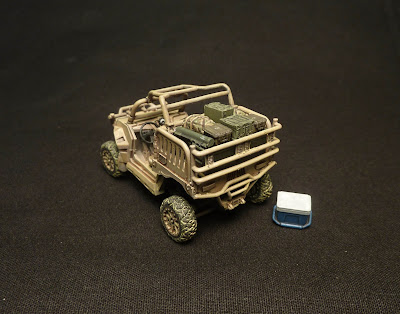 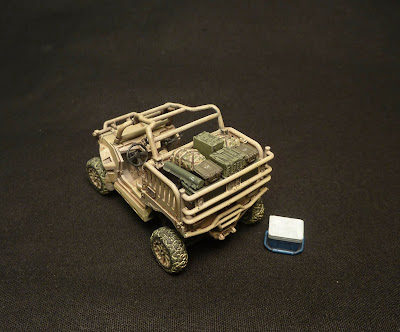 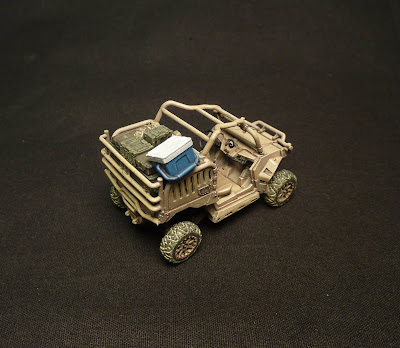 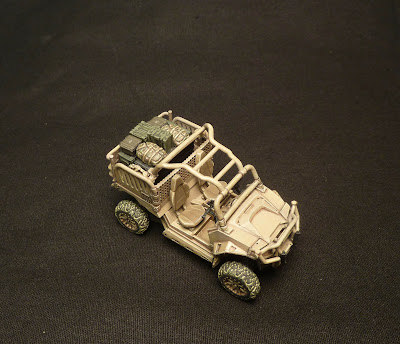 Posted by dwartist at 22:28 No comments:

...dwartist does moderns! I know, I know! Just couldn't resist this little beauty from Spectre Miniatures...you can get crew figures and cargo too! 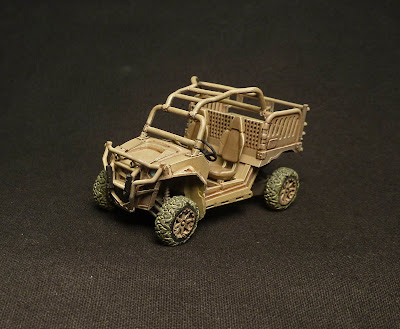 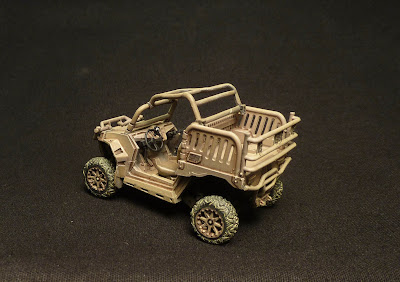 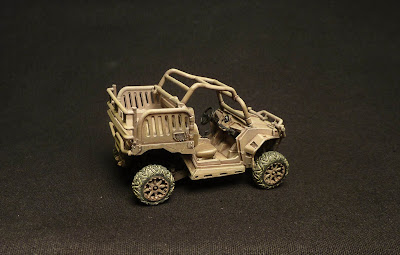 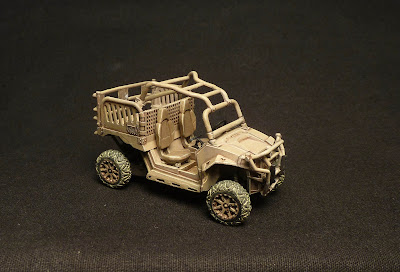 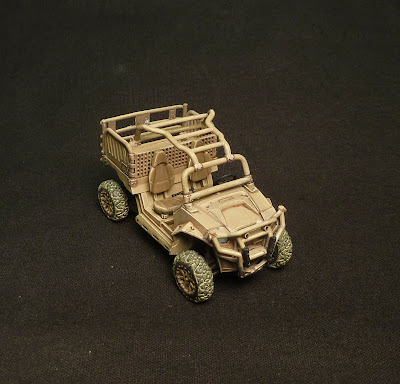 Posted by dwartist at 22:42 No comments:

...almost finished. Just a few details to do. Here's the final two and the squad together. 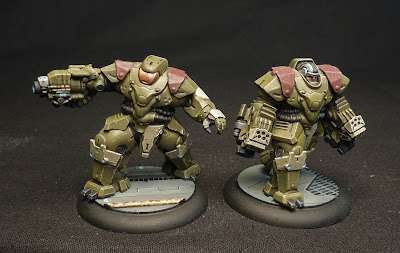 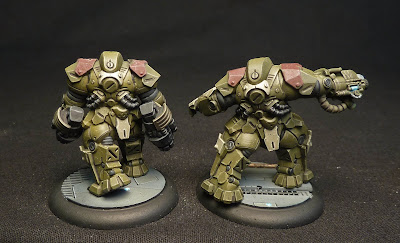 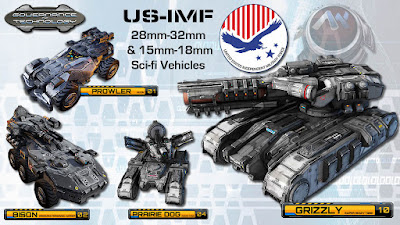 Posted by dwartist at 14:57 No comments:

...number two and three just need a little detail work and weathering and number four is progressing. I've swapped the head on this one as I think the original head sits a little high in the suit particularly as it looks like the helmet is designed to fold back over the head into the rear half. 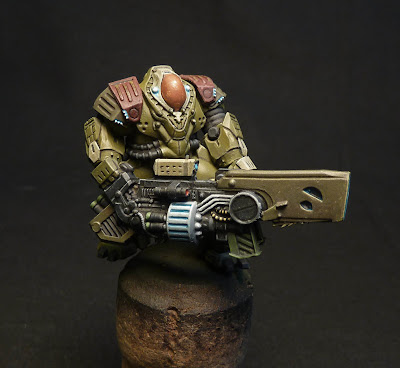 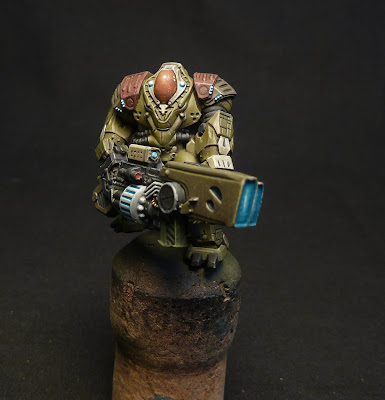 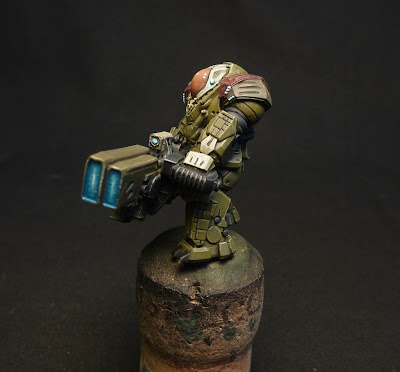 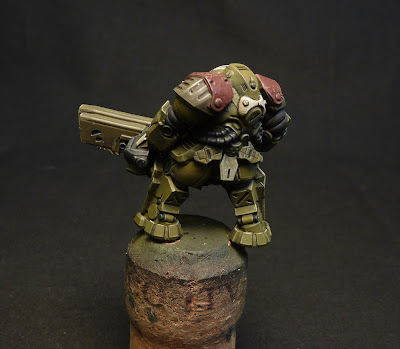 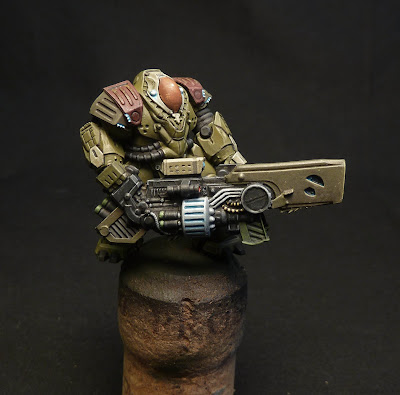 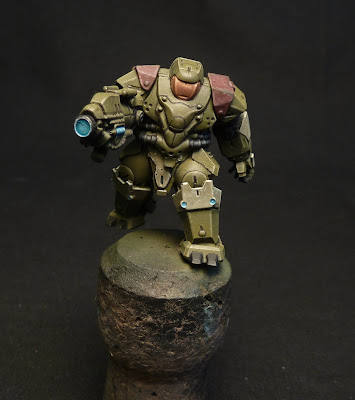 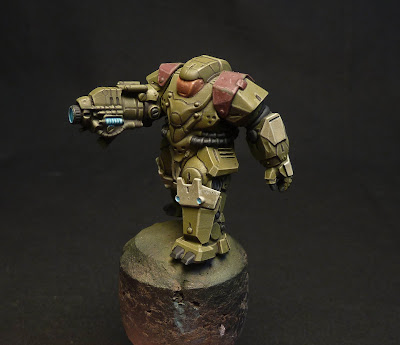 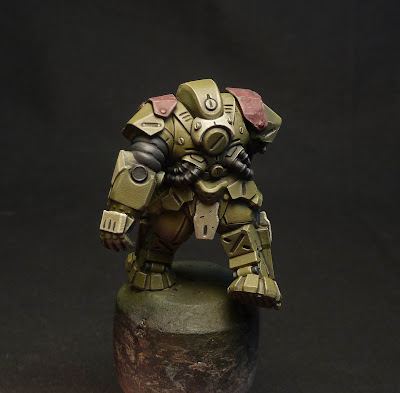 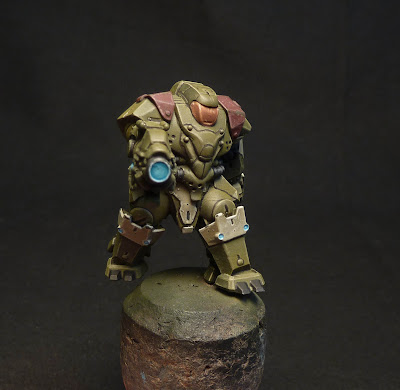 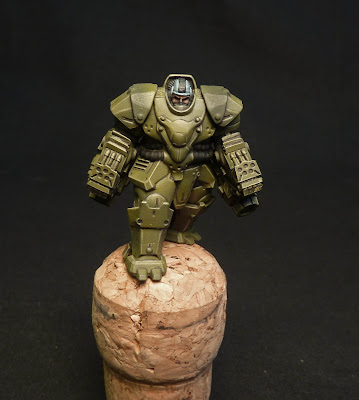 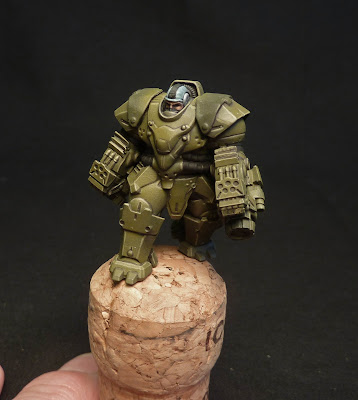 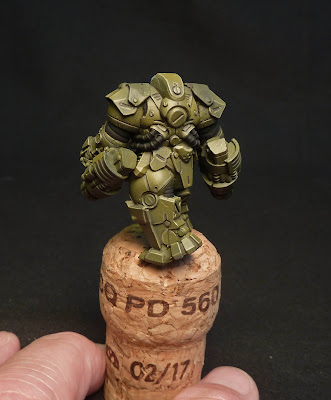 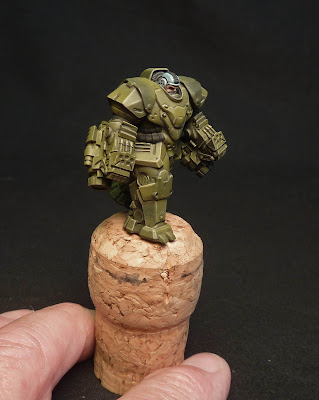 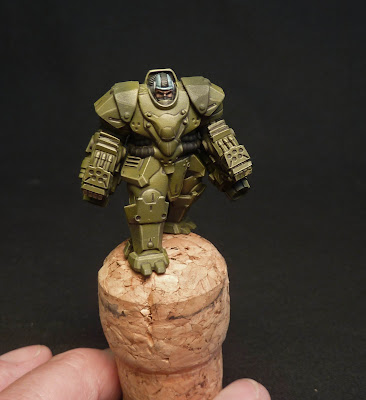 Posted by dwartist at 22:29 No comments: