How do we celebrate? Shall I have a draw amongst you for a mini? If so what's your favourite?
Posted by dwartist at 15:08 3 comments:

I mentioned a few posts back that I was expecting some new stuff from Jed at Antenociti - well it arrived this morning (a load of bits and pieces in a deceptively small box. First up the components of the nova-Rus Skorpion light tank... 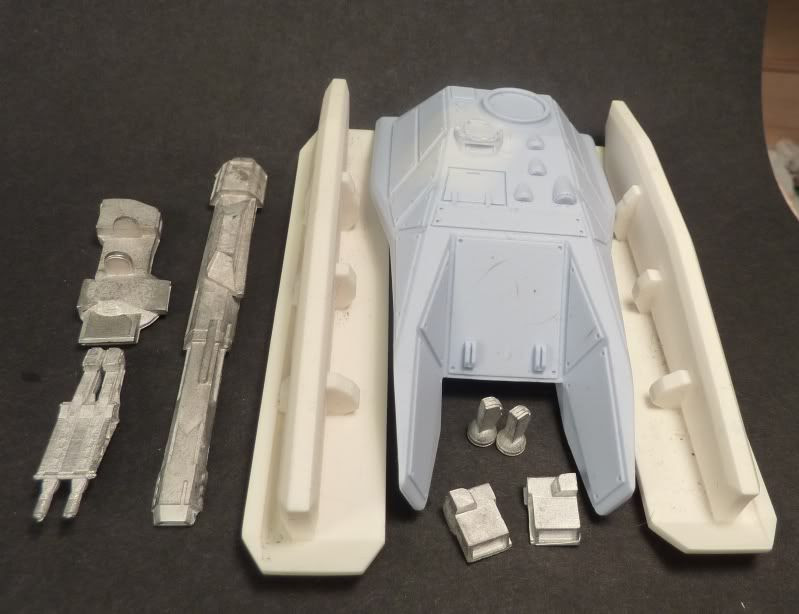 ...which I'll be putting together tomorrow night and painting next week. As this is an anti-grav vehicle I will painting it in the same scheme as the recent jet-bikes (more about jet-bikes shortly).
This next item is a real stunner - moulded and cast for the most part in warp-free resin design and the fit of parts is exemplary. The hull is actually hollow and the side walls and upper hull are commendedly thin. The lower hull clips perfectly into the hull and the interior is crying out for detailing. The components of the nova-Rus APC...(obviously there are six wheels - each of which have a small resin block on the rear face to aid correct 'fit and sit')

The hull has a resin webbing in the hatches to aid rigidity and are easily removed with a new blade in the craft-knife. Here's the vehicle blu-tacked together (I'll have to check the fitting out of the turrets - a choice of two by the way). All hatches are loose and detailed on the interior so leaving them open is a realistic option 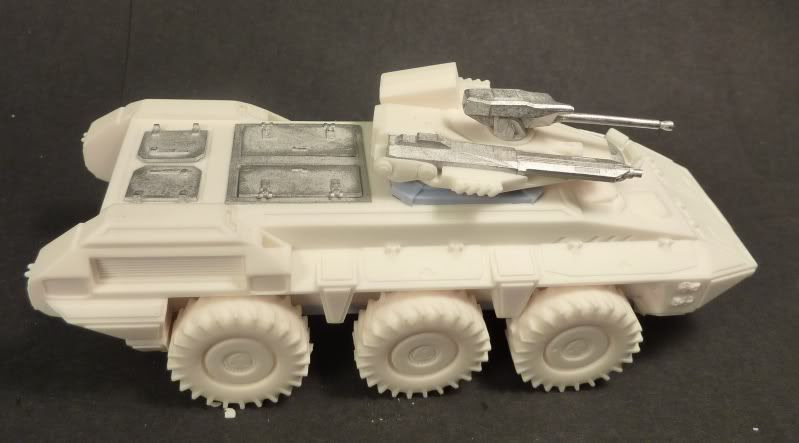 I intend to add a little detail to the interior and will paint it in a scheme I hope will be appropriate for a nova-Rus vehicle. As the nR troopers will not be released for a little while I may add some from another range like these really nice Heresy sci-fi troopers (scroll down the page)... 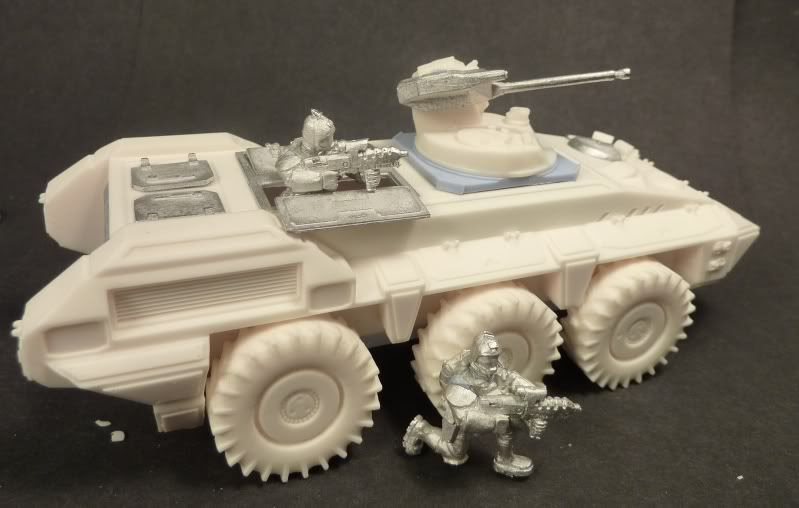 I would have just painted in the same scheme as the 'Bear' and 'Warthog' but Jed is also producing an APC for the P.E.A forces too - but as Jed sent a few of the new troopers  I photographed it with a few of them too... 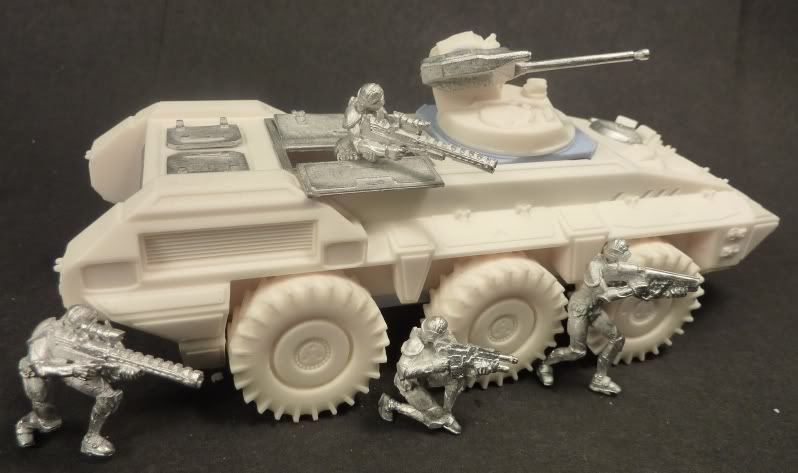 I did photograph the troopers seperately but the photo was very poor so I'll do them again and repost. Among the new troopers are a new, prone monowheel driver and a jet-bike rider 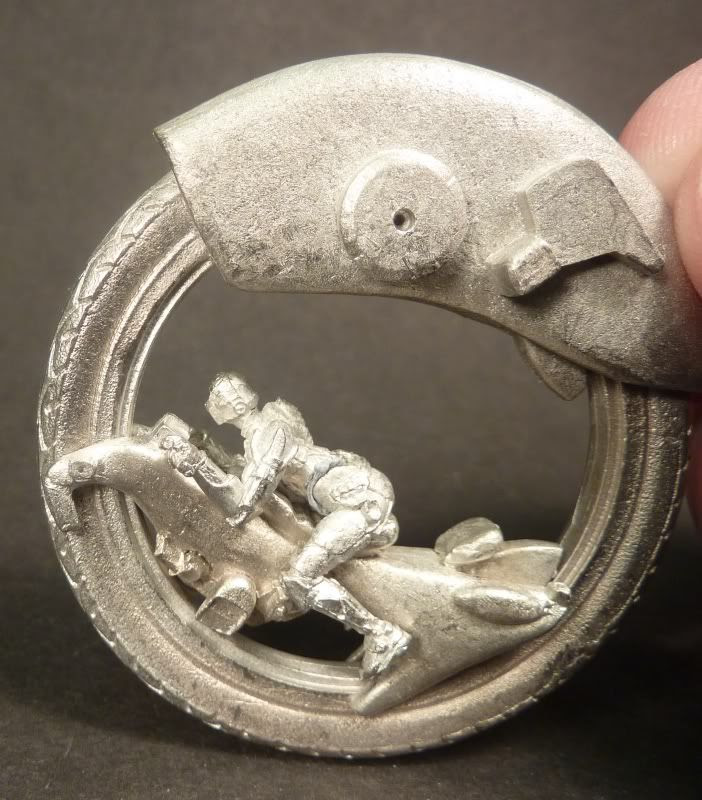 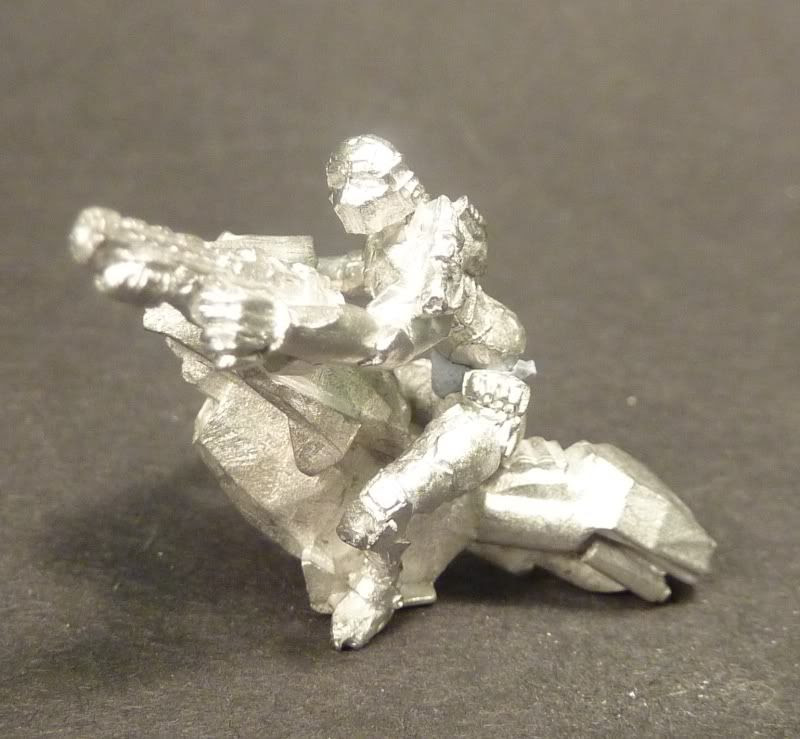 not a great photo - I'll repost this too.
When these are released (I'm not sure of release dates yet - keep checking back or check news on Antenociti) the range of G.O.T. figures and vehicles will be quite extensive and I firmly believe the imanginative concept, design and quality of the product is second to none...and yes, the opportunity to have  pre-release 'samples' to paint may affect my impartiality but I'd definitley buy them anyway!
Posted by dwartist at 23:23 1 comment: 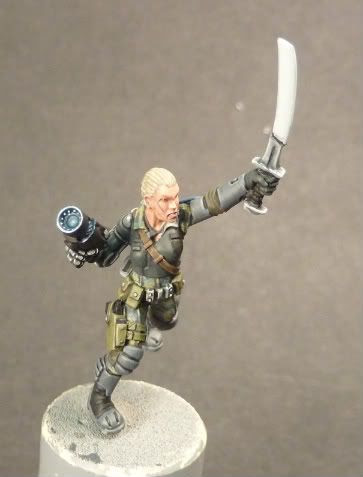 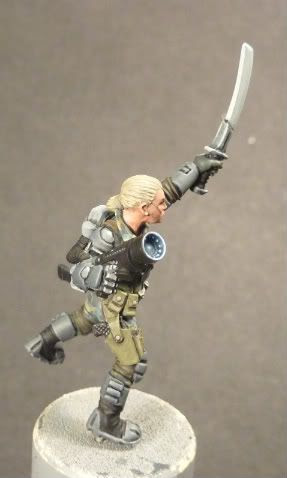 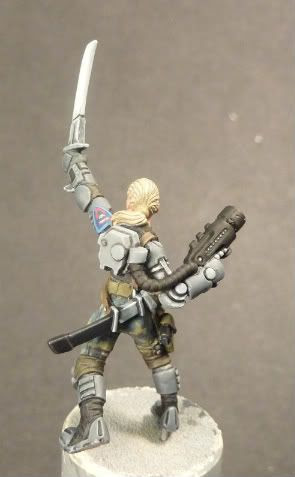 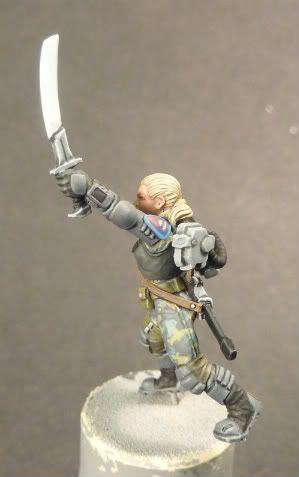 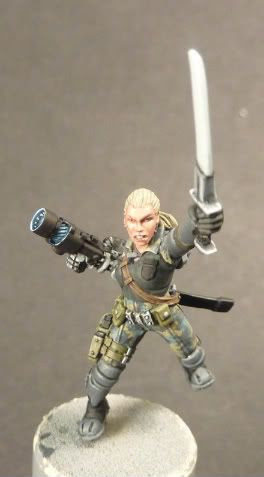 painting another of Jed's Jeeps and wasn't sure which of the other two variants to go with  - open-topped or hard-top - and it very mch depended on how a driver I was converting turned out. I'm pleased to say it's ok so open-topped it is.
The driver is put together from about four different figures (my own, Jed - haven't chopped yours up!) and a bit of greenstuff... 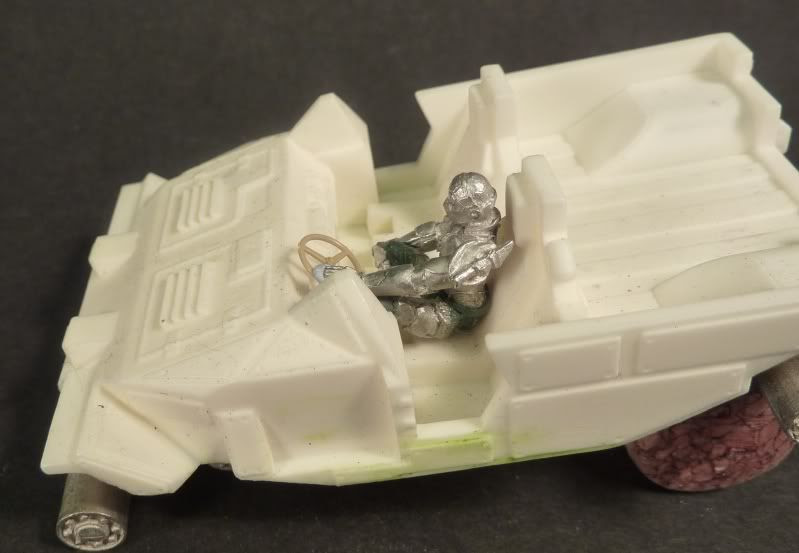 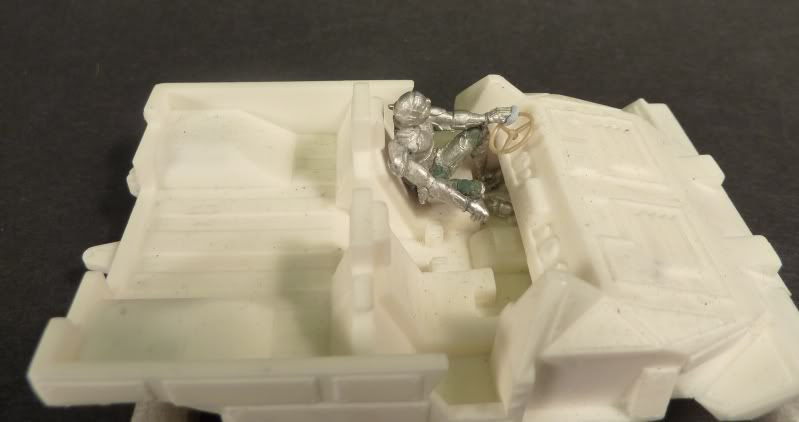 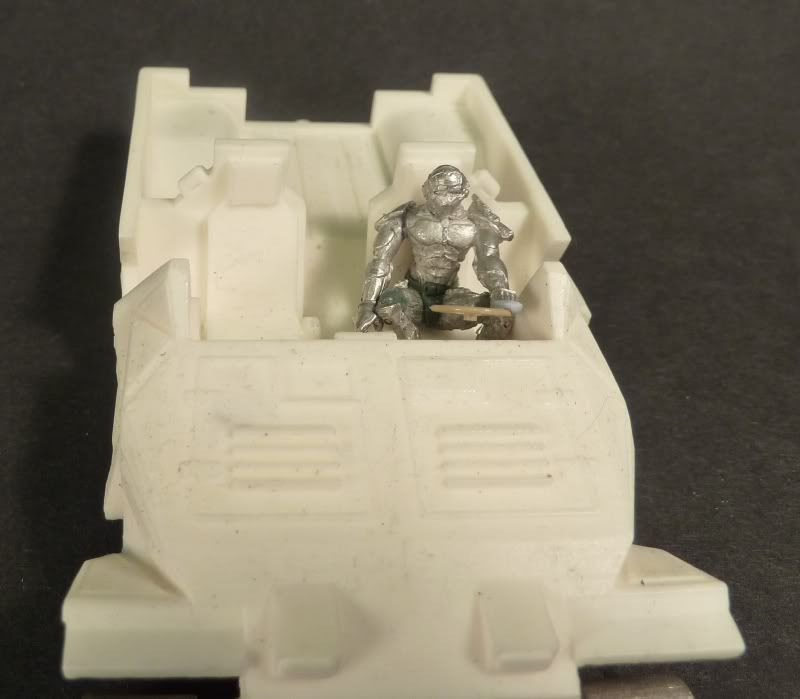 Still a little tweaking to make it all fit together but I'll be priming and painting the driver with the jet-bike riders this coming week.
I also hope to have some new stuff from the G.O.T range to paint next week so watch this space for reviews and WIPs
Posted by dwartist at 22:43 2 comments:

...but on a temporary base ( the ones that come with the minis are superb!) 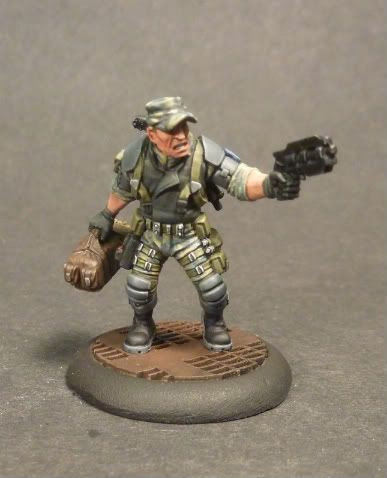 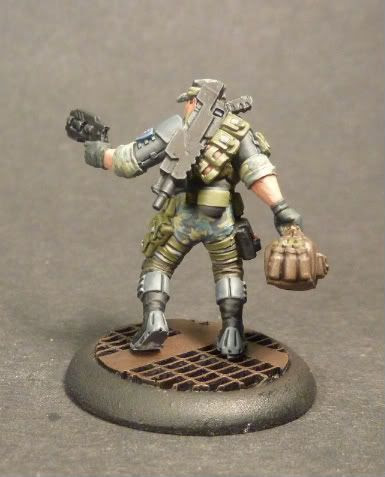 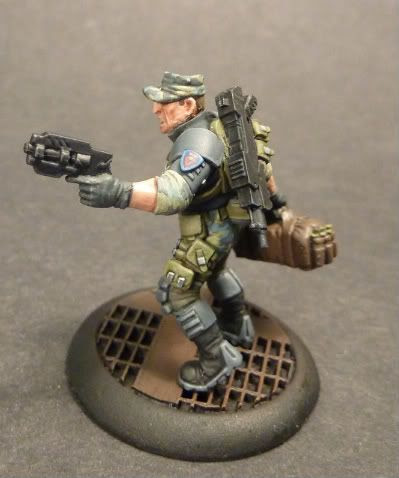 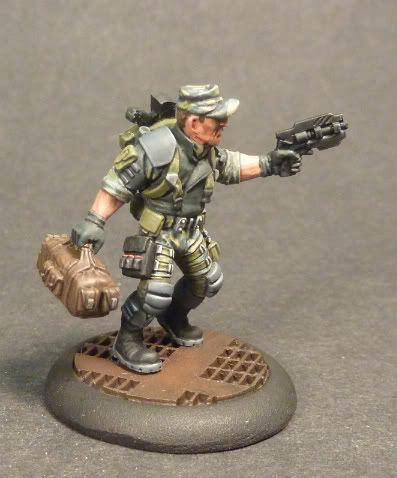 Another head for another suit.... 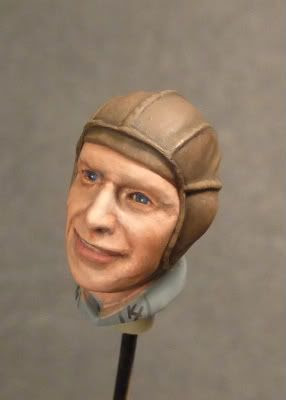 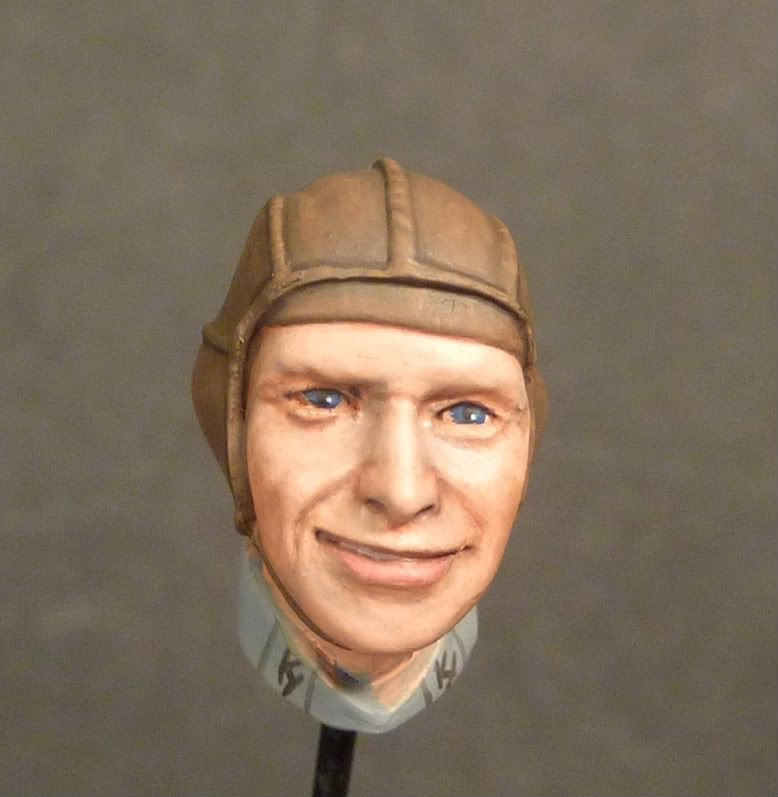 click the one above for a larger photo...
Posted by dwartist at 12:42 3 comments: 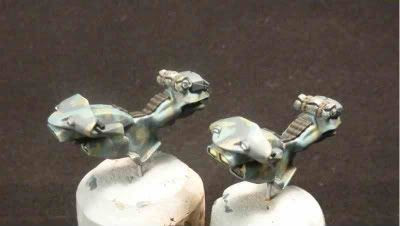 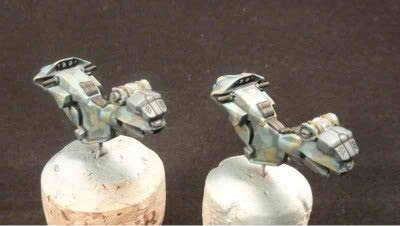 Posted by dwartist at 20:24 No comments: