...almost finished. I'm going to revisit the headlight/sidelight combo (doesn't look right somehow) and maybe add hazard stripes to the ends of the 'bull-bar' and finish off with  a bit of pigment work. 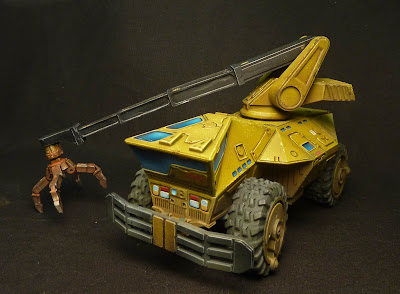 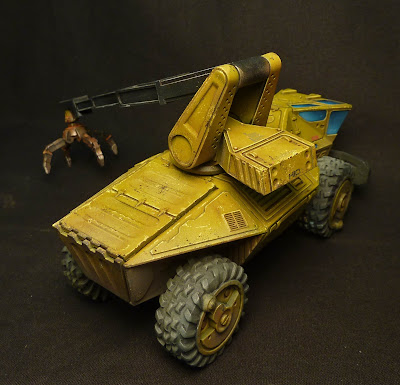 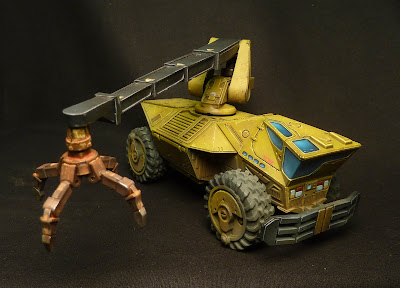 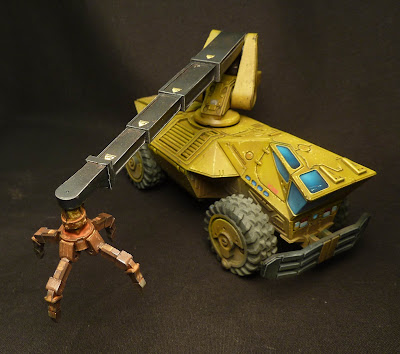 Posted by dwartist at 23:01 No comments:

...MkI cockpit and pilots almost finished and I've started the weathering on the MkII with a bit of chipping (cargo pod has had some filters/washes with oils too). 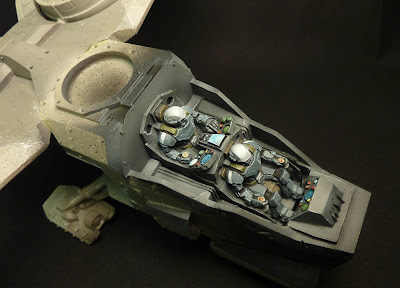 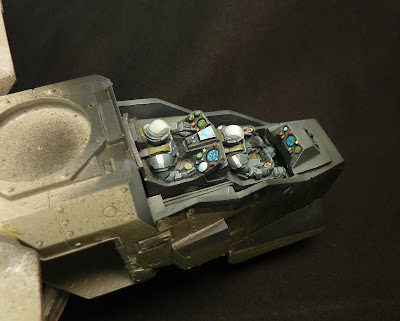 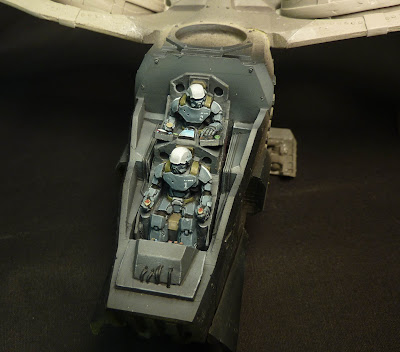 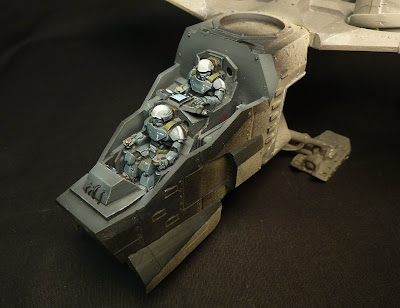 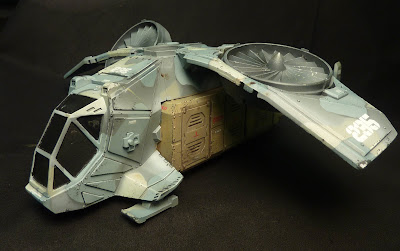 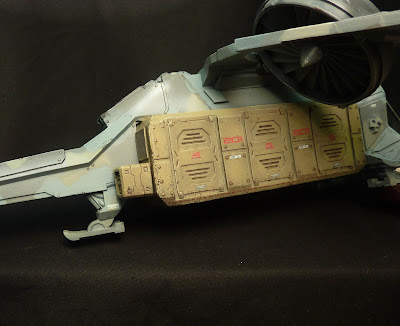 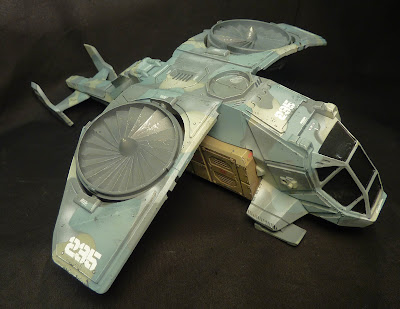 Posted by dwartist at 12:16 No comments:

...MkI and MkII. I don't know about you but I often find that a lengthy absence from the painting desk often induces a somewhat less than enthusiastic and productive period for a time after returning. Such is the case after a two-week summer holiday and having to prioritise a number of domestic chores and projects. It has taken me several weeks of procrastination before finally settling into a routine and deciding what to do next.
The Puppets War Dragonfly MkI and MkII were added to the collection quite some time ago but due to the difficulty I found building both of the kits (it should be said that much of the difficulty was probably caused by a lack of thorough preparation and impatience) they had been put to one side as they both needed a fair amount of corrective work. I have bought a number of items from Puppets War - vehicles and figures (and lots of their excellent spare heads!) but have only ever finished the Taurus 'Brick' APC - posted here  - and as I really like the Dragonflys I decided they might be an ideal project to begin afresh.
I've started painting the cockpit and pilots on the MkI and the MKII has progressed to the weathering stage. The MkII cockpit as you can see has been moulded solid but the kit still includes the pilot/gunner and cockpit - strange. I'm not sure if it is feasible to cut out the windows, maybe I'll do it on the next one! I had to do a fair bit of remedial work on the rear of the MkII's cargo pod to fill a large gap where it joined the hull (again, probably my lack of preparation rather than a fault with the kit) so I added a couple of  'air conditioners' and painted it in a desert sand to suggest that aircraft and cargo pod were from different sources. These are big models that are ridiculously inexpensive - 35 euros each! -  and well worth the investment. 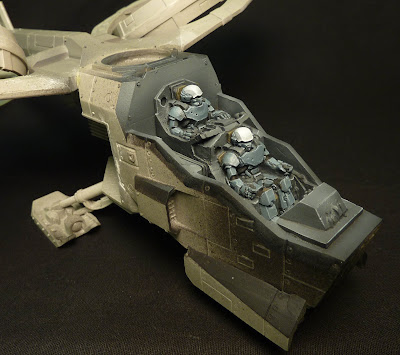 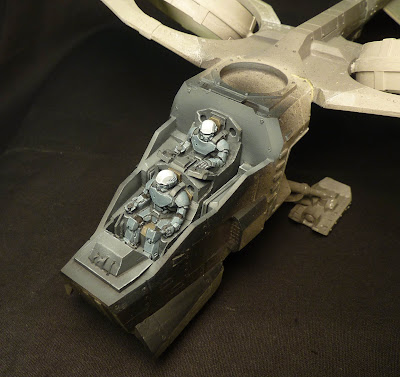 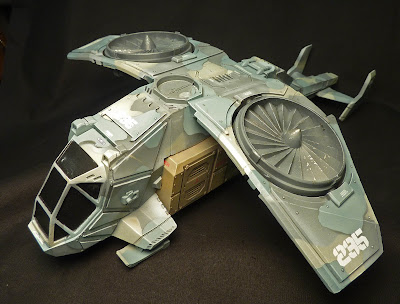 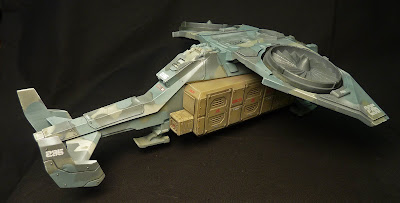 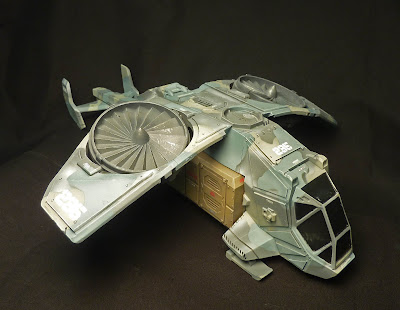 Posted by dwartist at 11:31 No comments: