...nearly finished. I've added oil paint washes and done the chips/scratches. Just the weapons to add and a bit of stowage and then dust it a little. 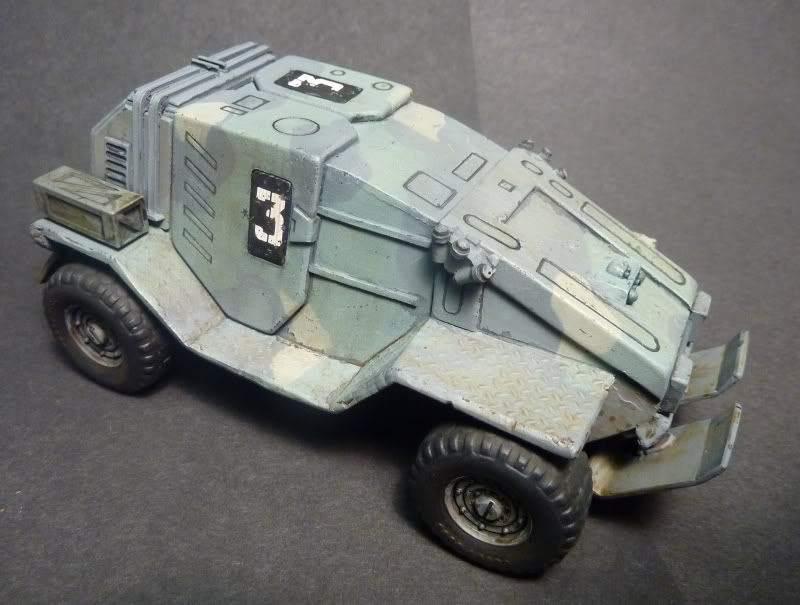 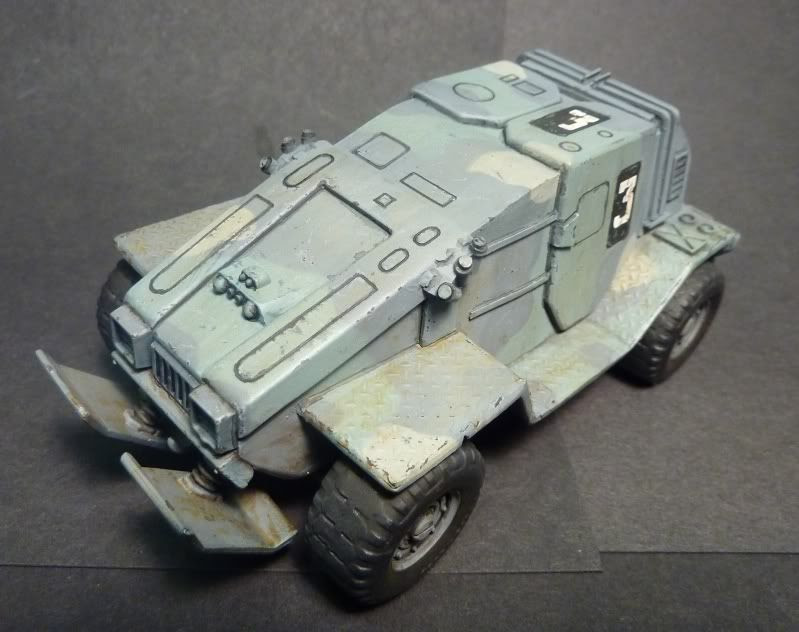 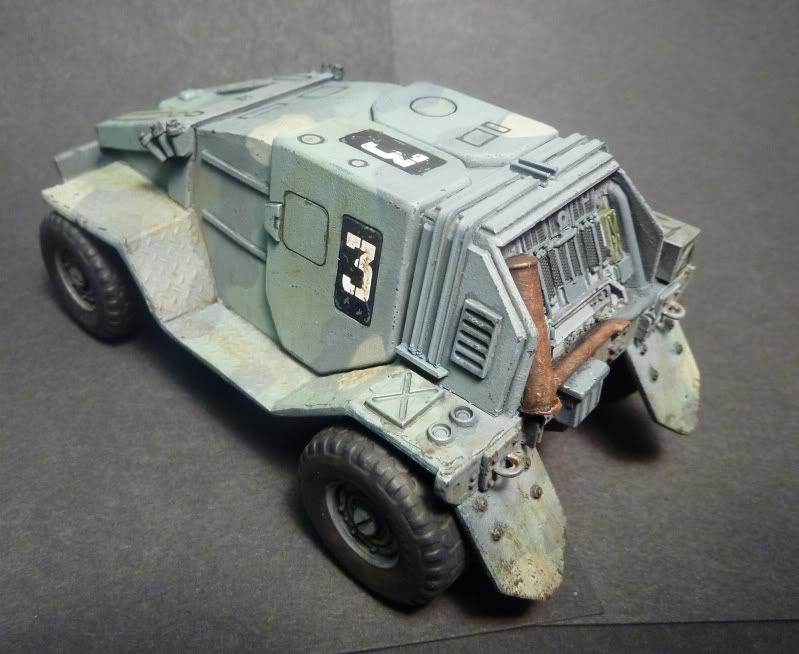 
...another filter, edging, tyres painted and some detailwork on the 'engine' area 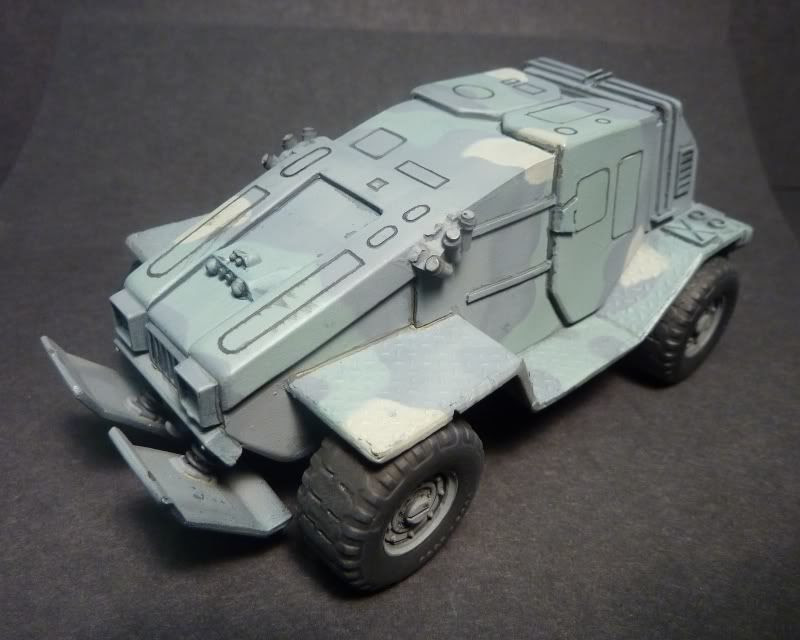 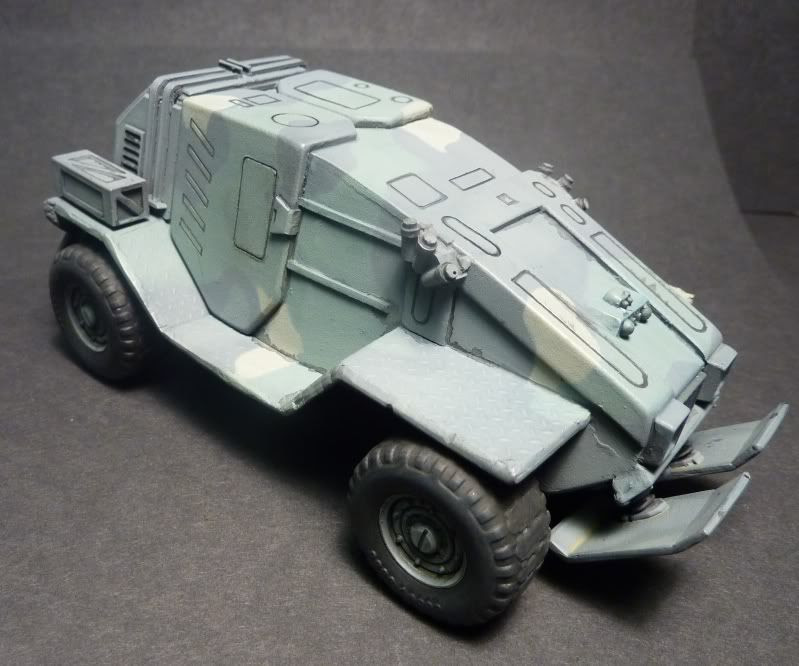 I first saw this vehicle early last year (?) when Jed from Antenociti's Workshop posted prototype pics on AW's website - it had seats on the rear then which I liked but were, I think, poorly received so Jed 'removed'  them. The Warthog was released very recently as part of the G.O.T. (Governance of Technology) game created by AW - a huge release of figures, vehicles and scenery and I ordered a couple of Warthogs and thirteen of the figures (I'll get back to these at a later date - suffice to say they are very well sculpted and cast and, where appropriate, include bases with bits of scenery attached). I've been trying to make some progress on the commissions but couldn't resist building (just a few parts) and starting painting a camo version. Here is the basic camo... 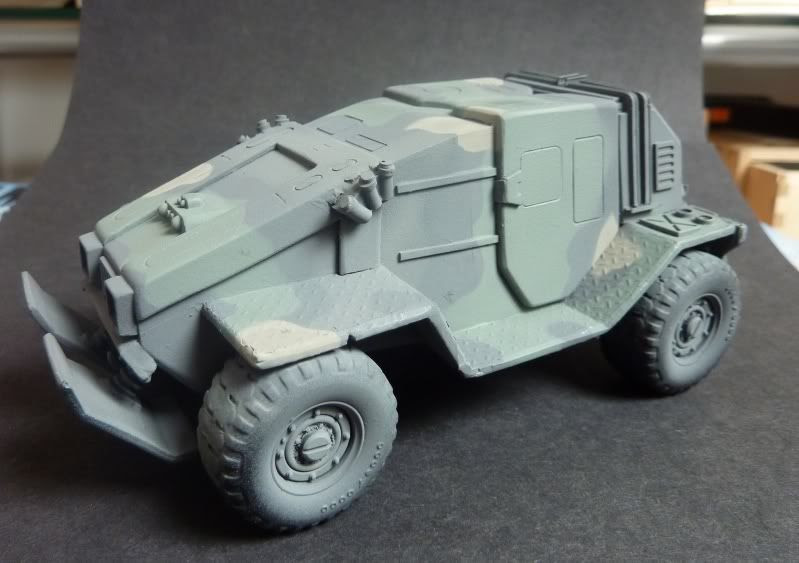 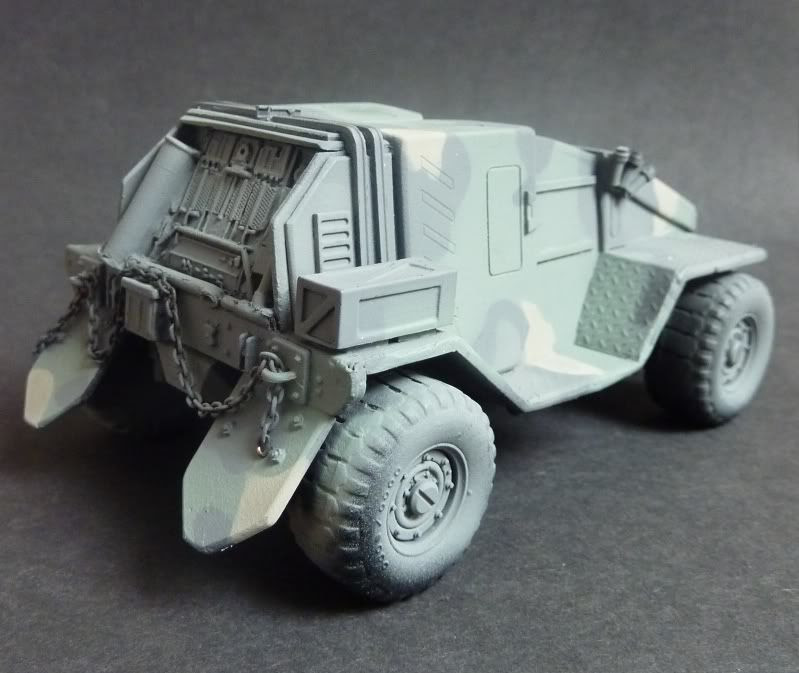 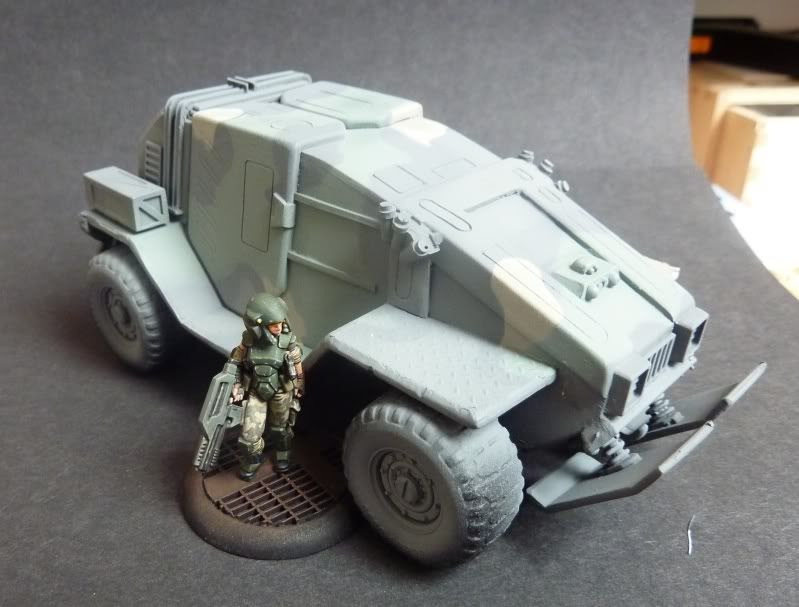 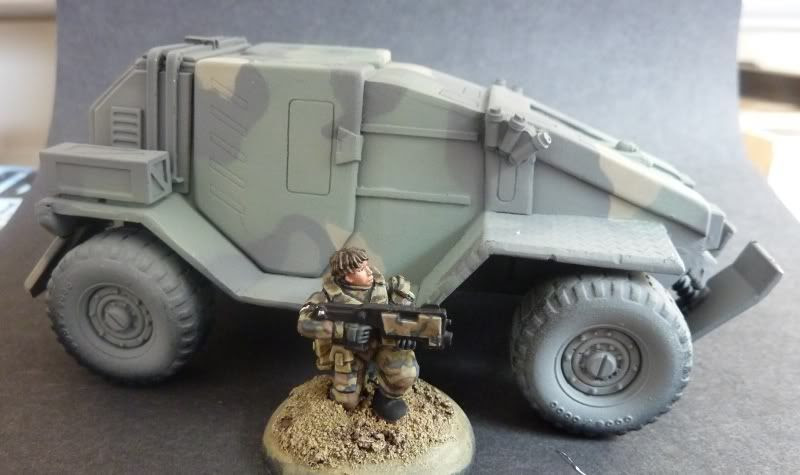 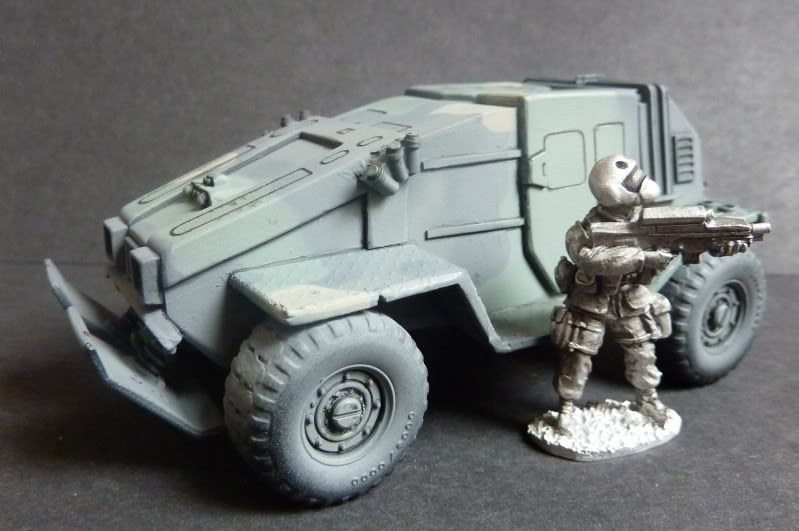 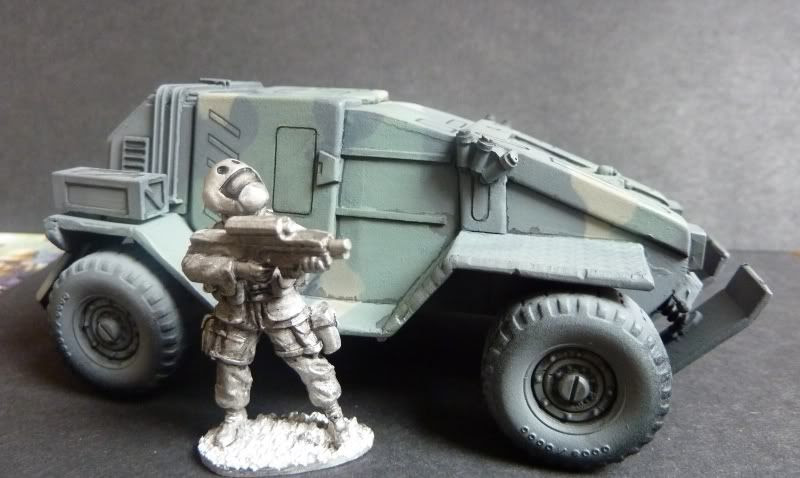 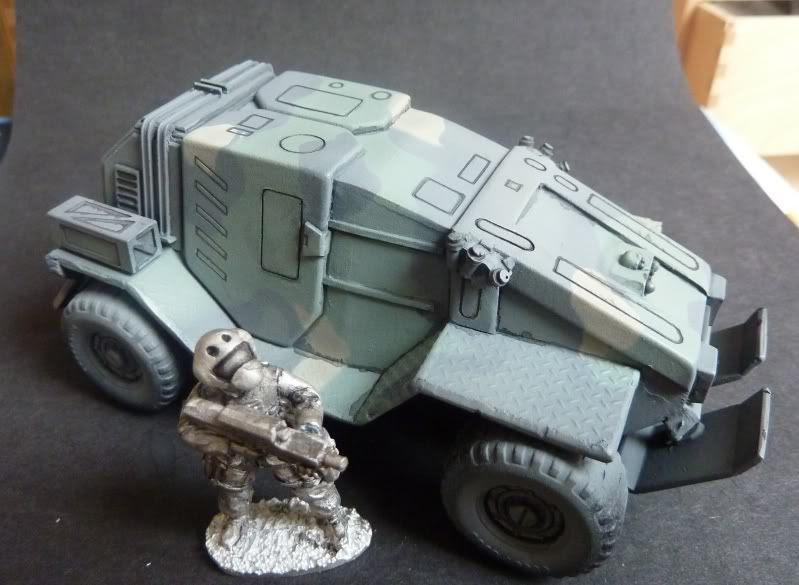 The HBLS Future soldiers are ok but their feet are too small - I'm going to resculpt them because I like the look of the Warthog with figures of this scale.
Posted by dwartist at 21:46 3 comments: