,,,and unfortunately a bit of a pig! I had seen pics of the Prodos Aliens style 'Cheyenne' Dropship and was extremely tempted to order one but found it difficult to justify spending £150. A few weeks later I was checking out 'Bulldog's' (one of my favourite painters) projects posted on Forum of Doom and discovered that he'd actually bought and painted one (two now!) and it was so good I had to have one for myself. Very indulgent but hey...
He seems to have had very little problem with the quality of the castings or the fit of the parts on the two he has but mine was not very good at all and has taken a lot of work to correct though I haven't managed to resolve all of the fit issues to my satisfaction (one of the missile swing arms is badly warped and no amount of heating/soaking in hot water has rectified the problem resulting in the arm not sitting right when folded down). The platforms which the missile pods rest upon when folded have some very thick and heavy mould/pour lines (see the photo) which would need grinding down with a Dremel or building up with putty to correct but I haven't decided on which option to pursue as yet.
Having expressed my disappointment regarding the quality and fit of parts the model is actually very striking and imposing (it's very difficult to judge how large it is from the photos but just have a look at the previous post of the Azure Dragon on the same photo layout) and although not an exact copy of the 'Aliens' film dropship it close enough to make it very recognisable. Some of the casting is superb - the cockpit with crew, the rocket pods and the undercarriage for example - are extremely well done and of course there isn't another 'Cheyenne' available from any other source now or in the forseeable future. If you're lucky enough (maybe I was just unlucky and mine is the only one with problems) to receive one without any of the problems I experienced then you will have spent your money wisely and have a great model to add to your collection or army! 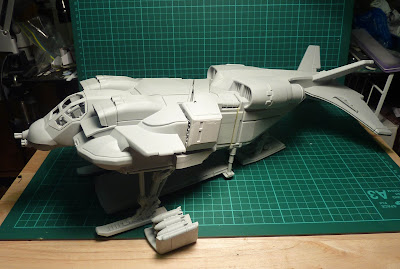 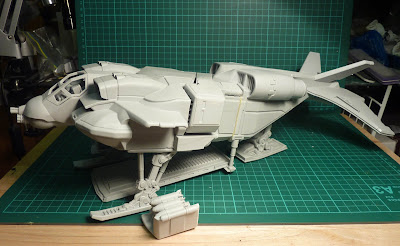 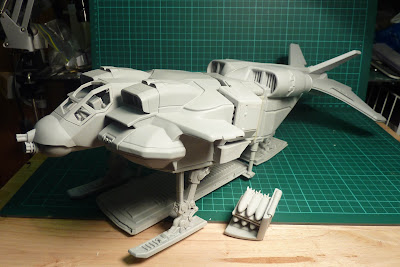 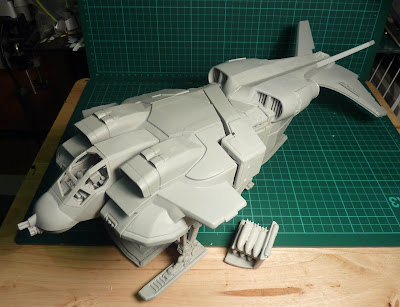 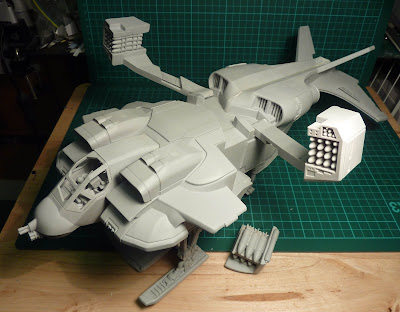 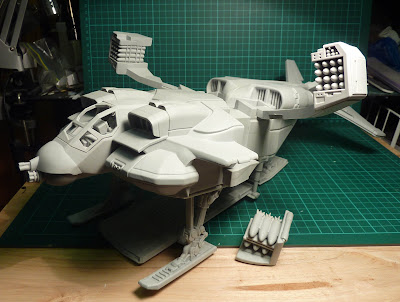 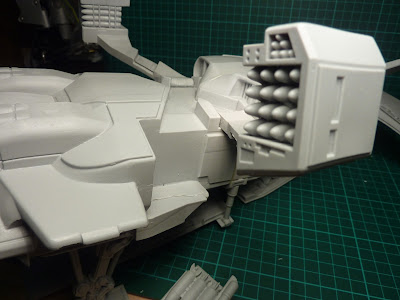 Posted by dwartist at 23:52 No comments:

...now ready for a 'bath'. Two of my 'better' airbrushes (the third one is a pretty good one but it has a pistol style trigger rather than the traditional thumb control and I can't get used to it) quit on me just after posting the first pics of these and I've only just got around to replacing one of them (thanks to some very welcome gift vouchers). Priming will commence forthwith! I may not have mentioned that I actually have two of these - I had pledged for one in the KS but Jed offered me two slightly less than perfect castings (his words - couldn't find an awful lot wrong with either of them. He is a perfectionist though!)  for the price of one so I bit his hand off! Second one is ready too. 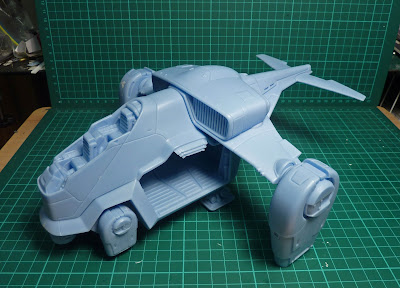 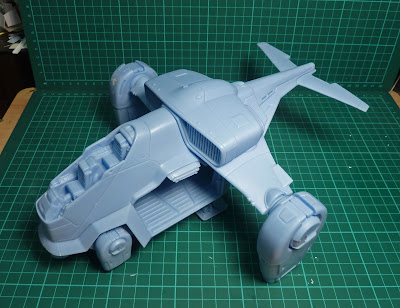 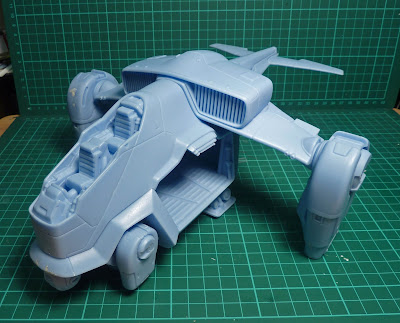 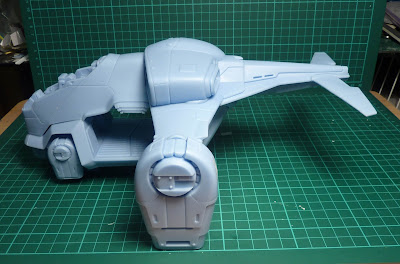 Posted by dwartist at 23:05 No comments: