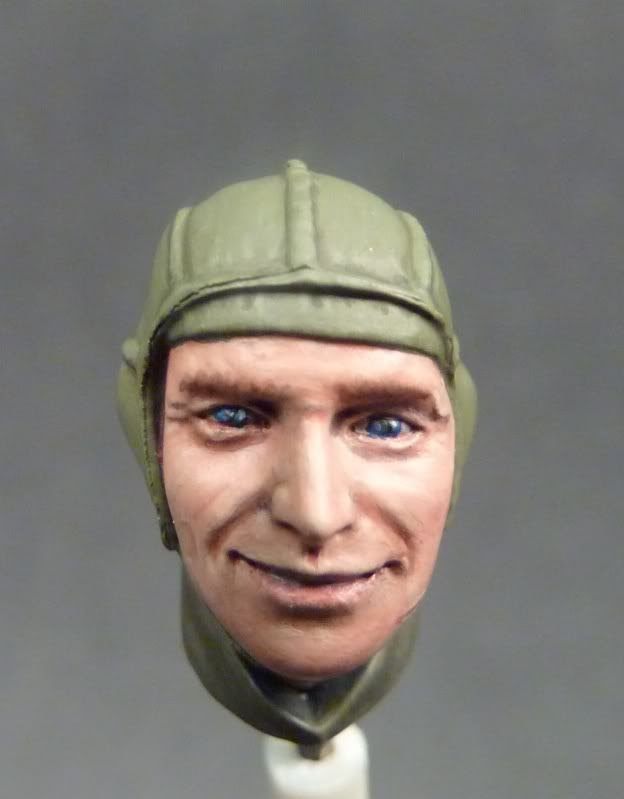 This is presently winging it's way to Tokyo to fit into this SAFS (Super Armoured Fighting Suit) built and painted by one of my Ma.K heroes, (if that sounds a little sycophantic I make no apologies!) Lincoln Wright. Thanks Linc, it's an honour and a privilege (more sycophancy).
Posted by dwartist at 23:12 No comments:

I'm sure I mentioned in an earlier post that the major model manufacturer, Hasegawa, was now producing Ma.K kits (they're not readily available in this country as yet so I get mine from Hobby Link Japan) here's my Falke start... 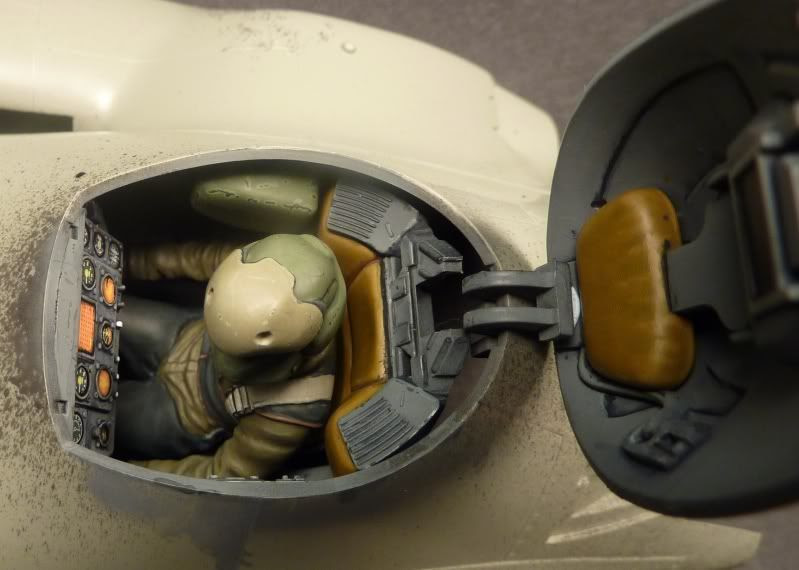 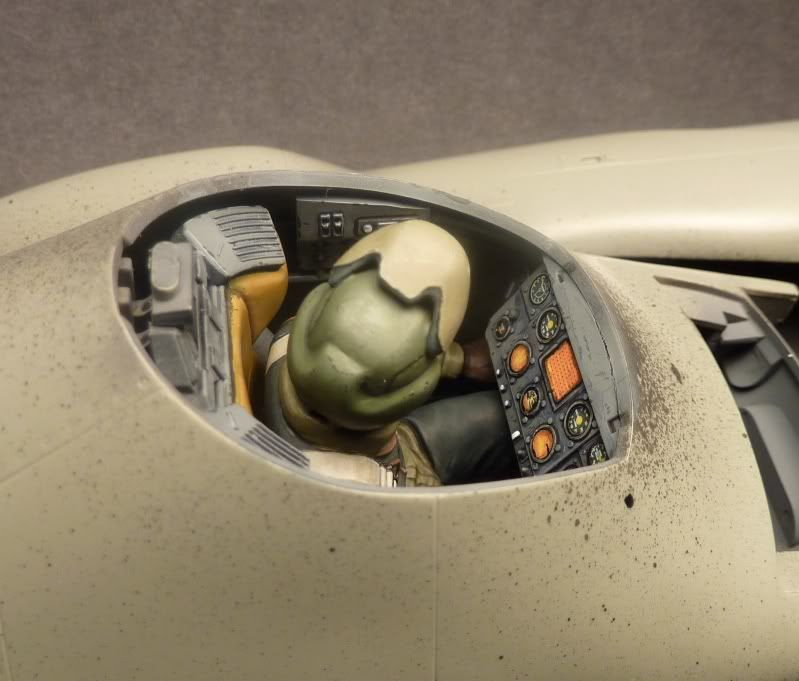 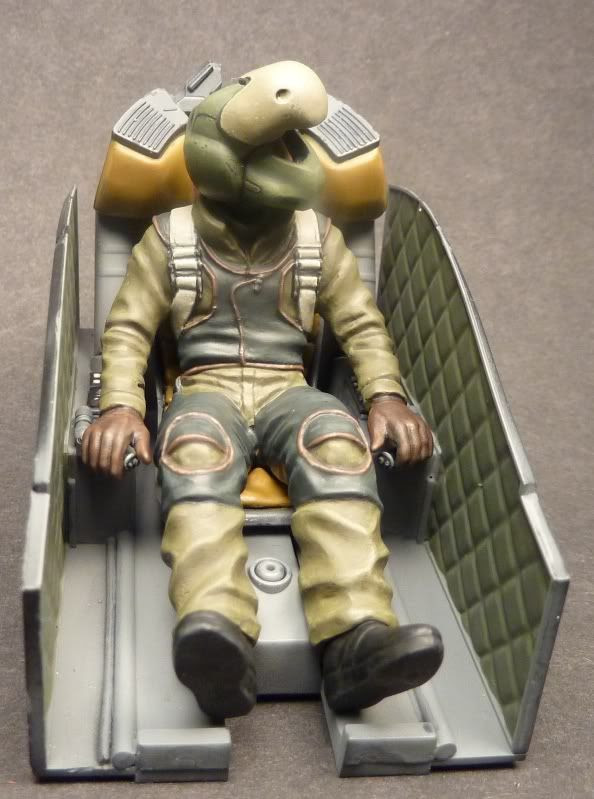 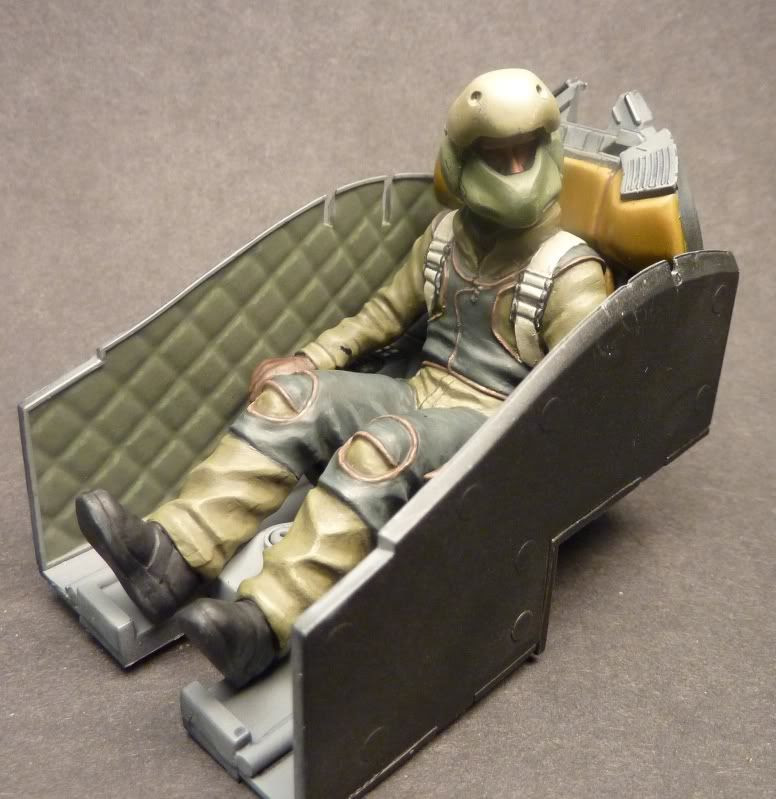 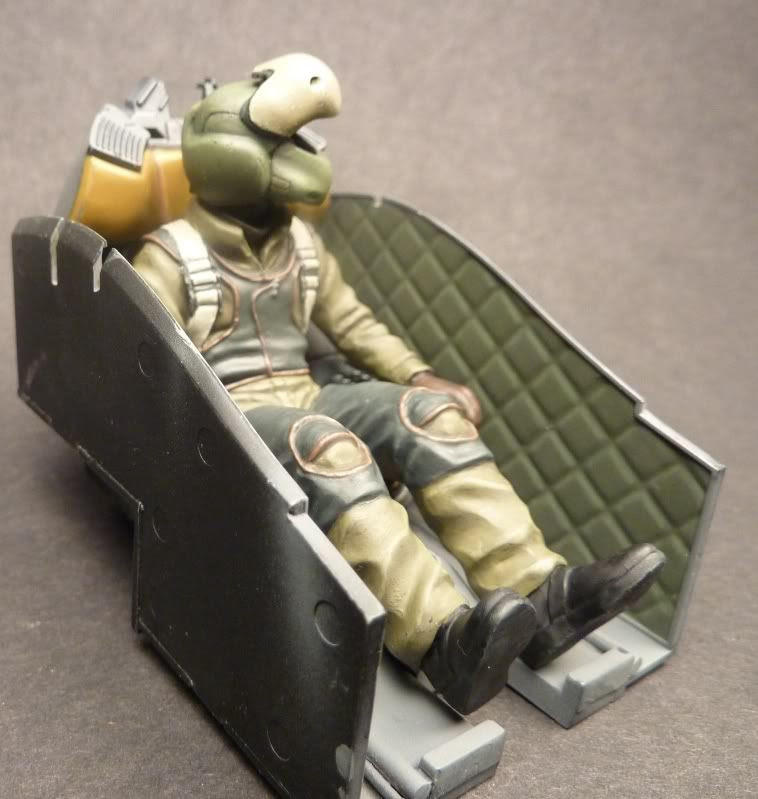 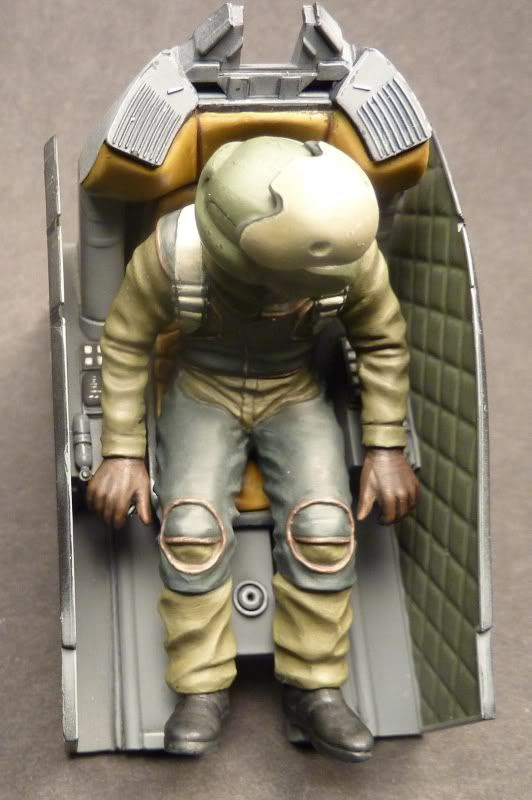 This is obviously the cockpit and pilot virtually OOB. I've opened the visor of, and hollowed out, the pilot's helmet and put one of my spare 1/20 heads inside. I've also added a little cabling to the cockpit floor and some ketpads to the very bare concole areas. This will be sealed inside the craft with the only view available through the opening hatch as seen in the first photo and below... 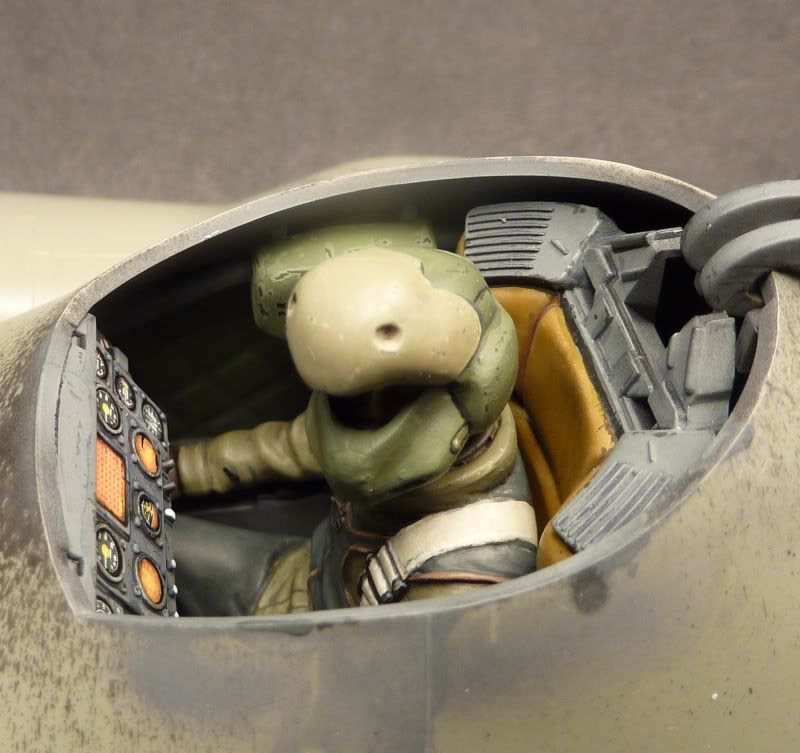 Posted by dwartist at 13:55 No comments: 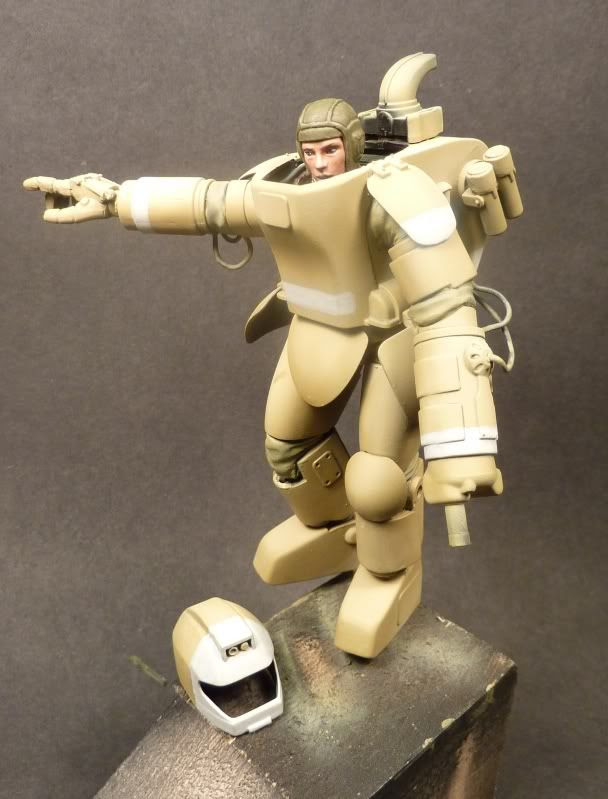 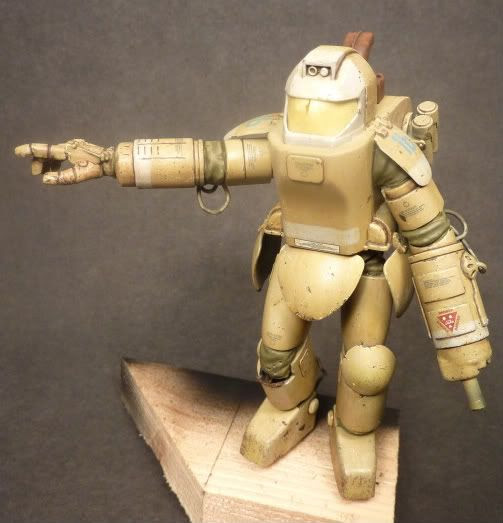 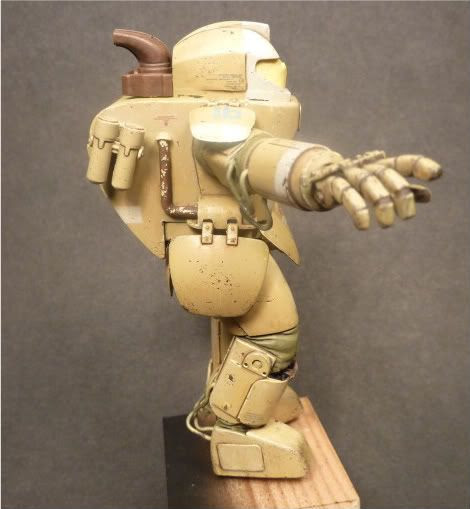 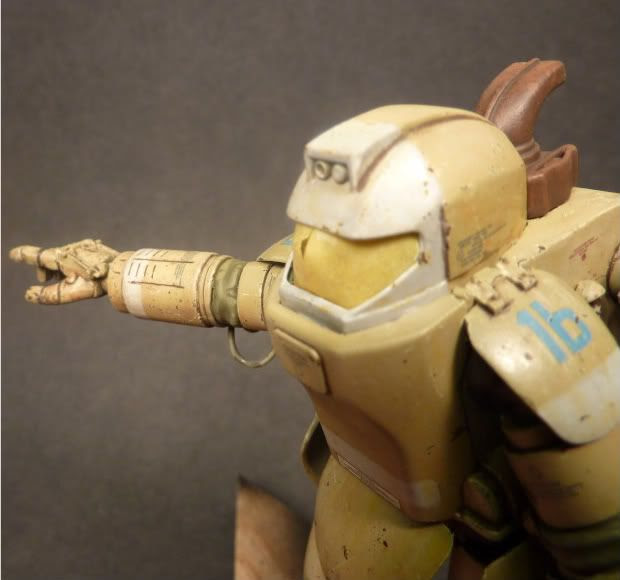 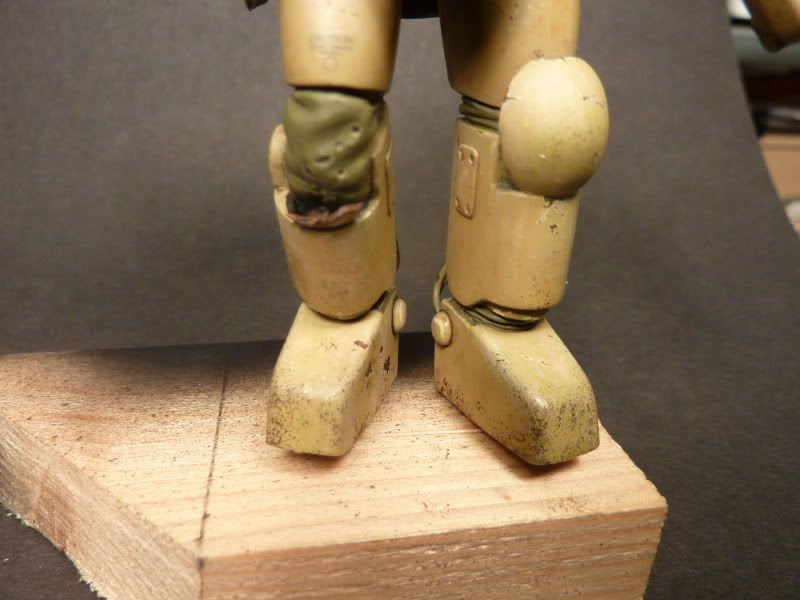 Posted by dwartist at 10:57 No comments:

I've been bogged down with domestic stuff over the last couple of months so not a great deal of time has been spent painting. The cold weather hasn't helped as my attic workroom isn't heated apart from the little, electric oil heater I 'borrowed', and while I can layer myself in clothing I've found that my paint of choice, Vallejo, doesn't react well to the cold (it becomes quite viscous and difficult to 'stir/shake' in the bottle resulting in satin or even glossy finishes). I've resorted of late to resting the bottles for immediate use on the heater for a while which seems to help but could potentially be a bit of a hazard!
Apologies to the two gentlemen and Sally (if you read this) who are waiting very patiently for me to finish their commissions/painting guide  (in Rodrigo's case not finish but continue - it will go on for ever and ever!) as what little time I've had to paint has been dominated by my rekindled fondness for Machinen Krieger. I will make progress shortly!
It's been interesting, and a little daunting, to jump scales from 28 to 90(?)mm (after 20 yrs) but I think I'm doing okay.
I've also got a splendid new camera which is defeating my very limited ability to use hence the lack of recent (or reduced quality) photos.
Anyway some pics of recent Ma.K endeavours...heres the so-called Jerry pilot with the worker suit and there'll be a couple more pics of Ma.K in the next post. 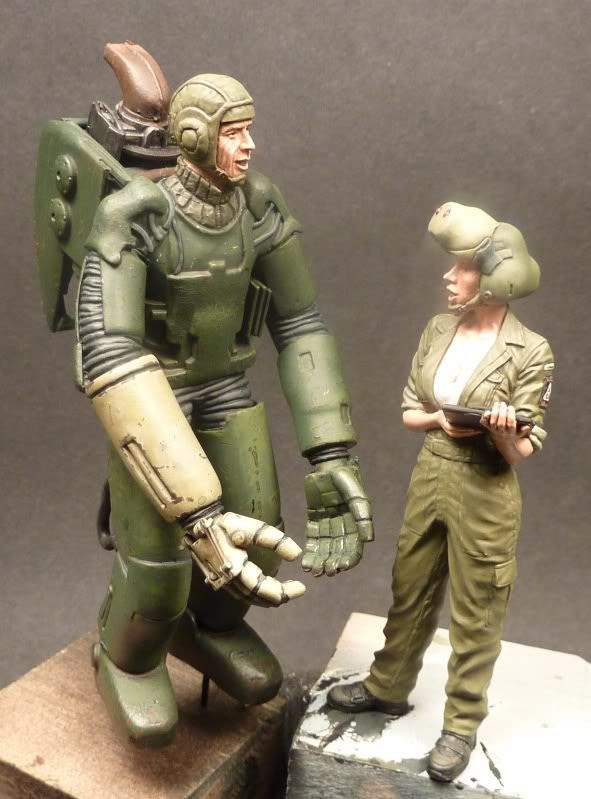 Posted by dwartist at 10:44 No comments: