...I had hoped to have the next two Marines finished to show you before the end of the Kickstarter but just like the previous week painting time has been drastically curtailed by domestic duties, grand-child care and a minor flood (leaving a skylight open during a prolonged rainstorm is not a great idea!). The 'Shattered Void' Kickstarter has less than 4 hours to go so pop over and pledge for a couple of squads of Tactical Marines and/or 'Talos' suits and maybe even a few of the stunning space fighters. 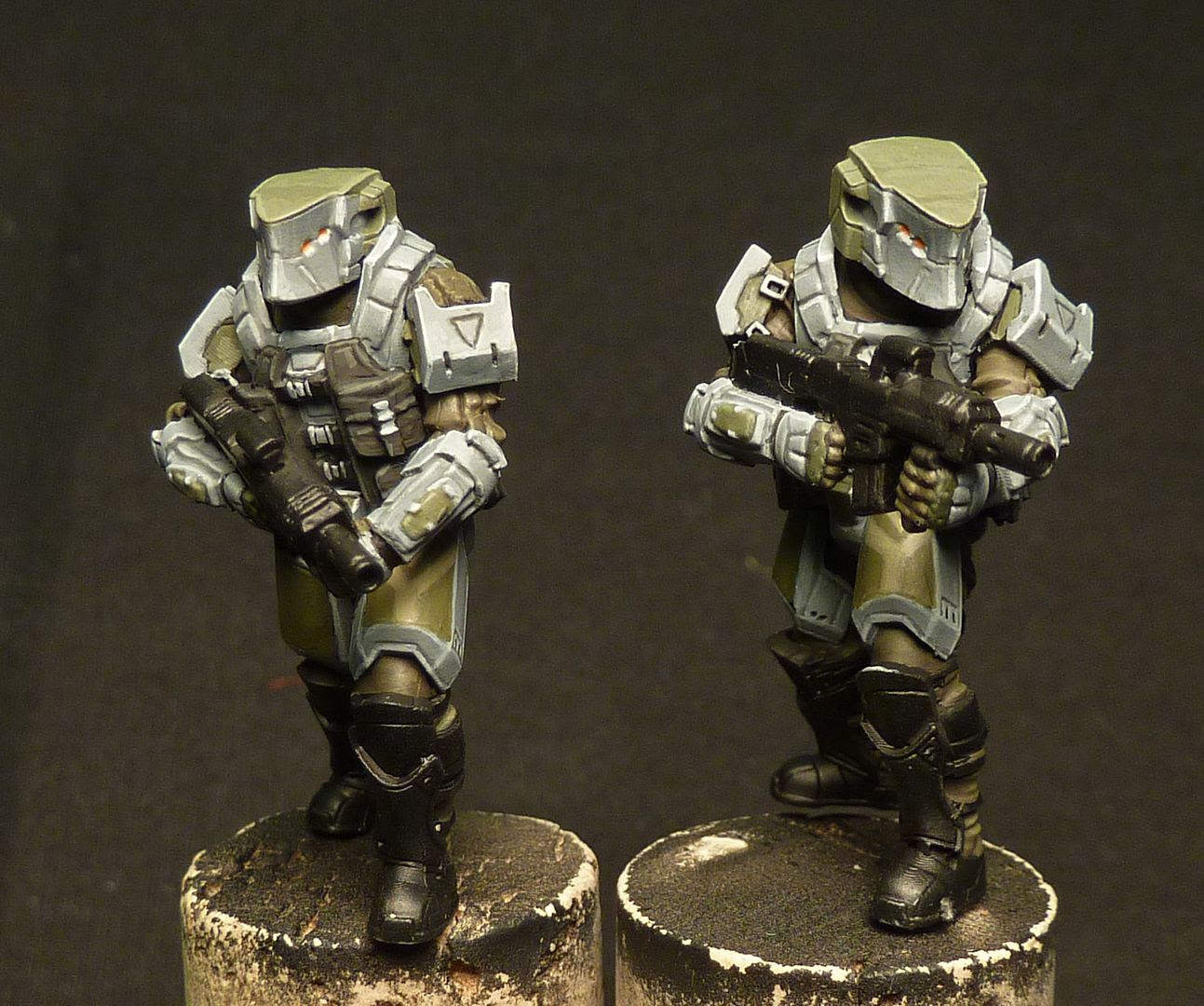