...I've started the build with the interior which I will paint in stages as I construct the kit. The major components are below and the only complete part is the troop compartment; everything else will be painted then attached. As I said in yesterday's post this is a 'test-shot' that may undergo some slight updates and, if needed, some improvement to ease the build although I've not encountered any difficulty so far.
The interior is very complete but when I receive my two from the KS I'm going to add a lot of bits and pieces to make the interior look busy and lived in (that will, of course, include the crew and troopers which are not quite ready yet). 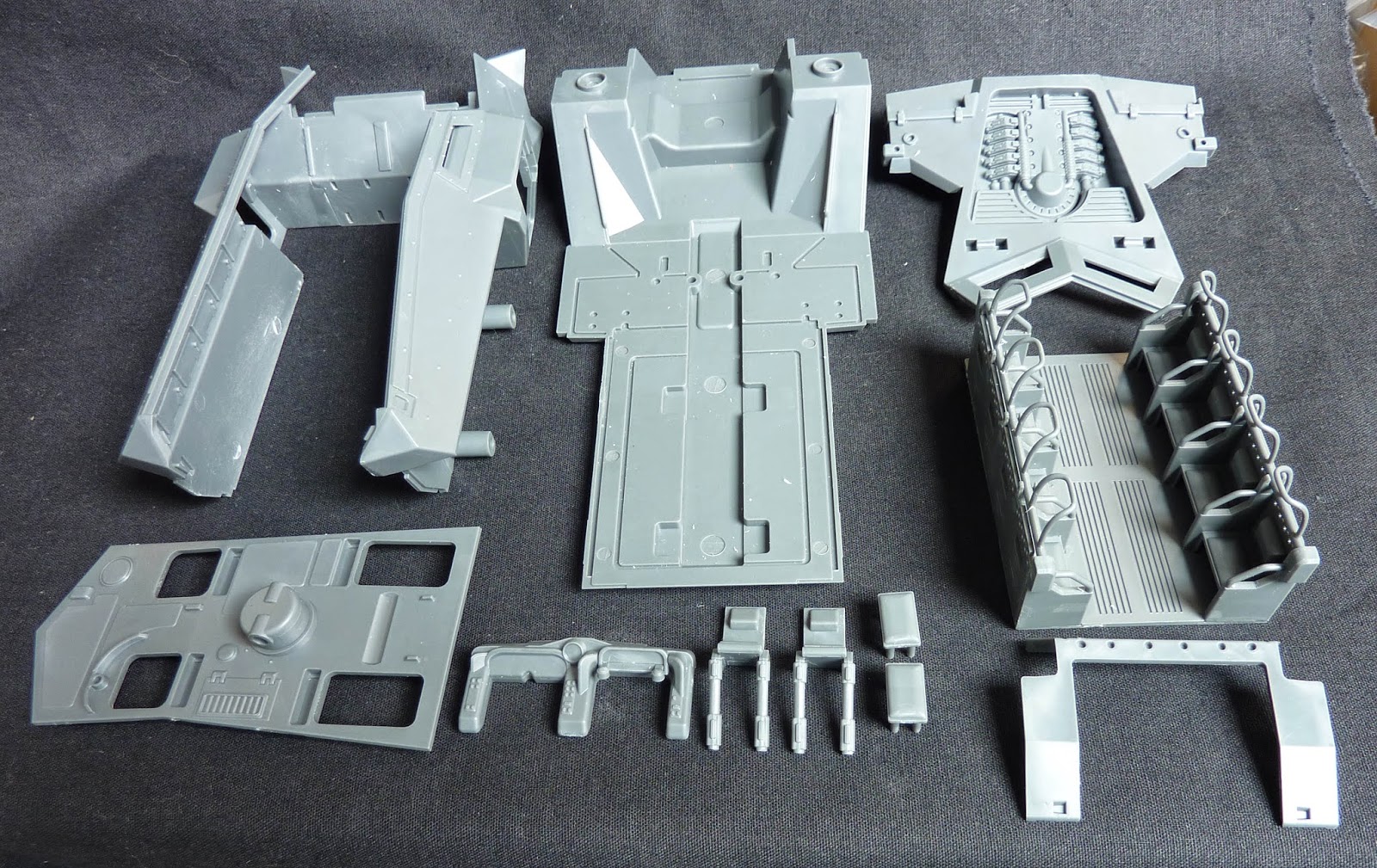 I mentioned earlier that I'd not encountered any difficulty with the build so far (even though I don't have a set of instructions just several exploded views that Mark was kind enough to provide) and that's mainly due to the quality of the design, engineering and casting of the parts. I've taken a few photos of the hull built without glue, tape or blu-tak (apart from the driver'gunner console) - the parts fit so well it just clips together! I think it would be possible to leave the roof loose to show off the interior too. 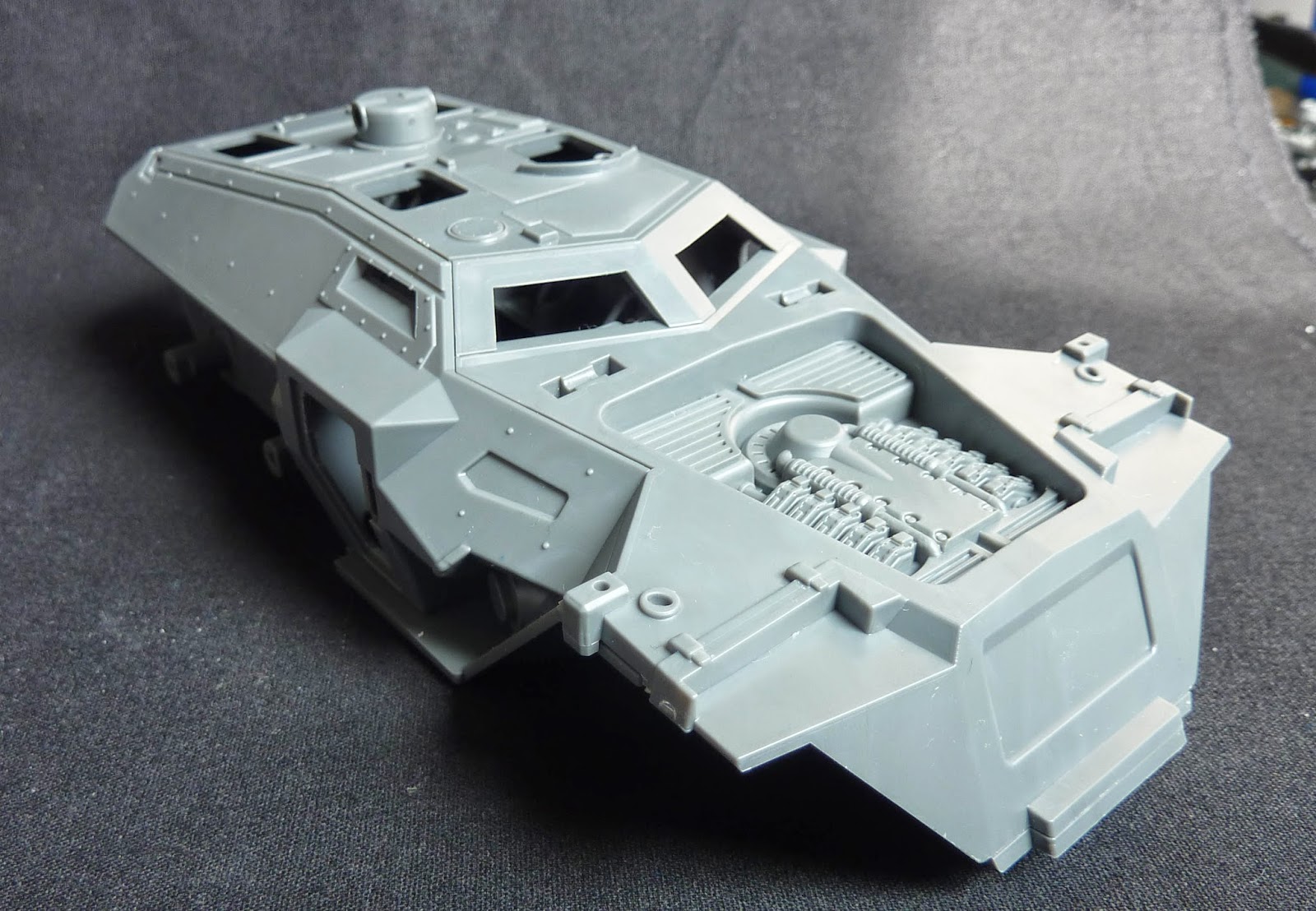 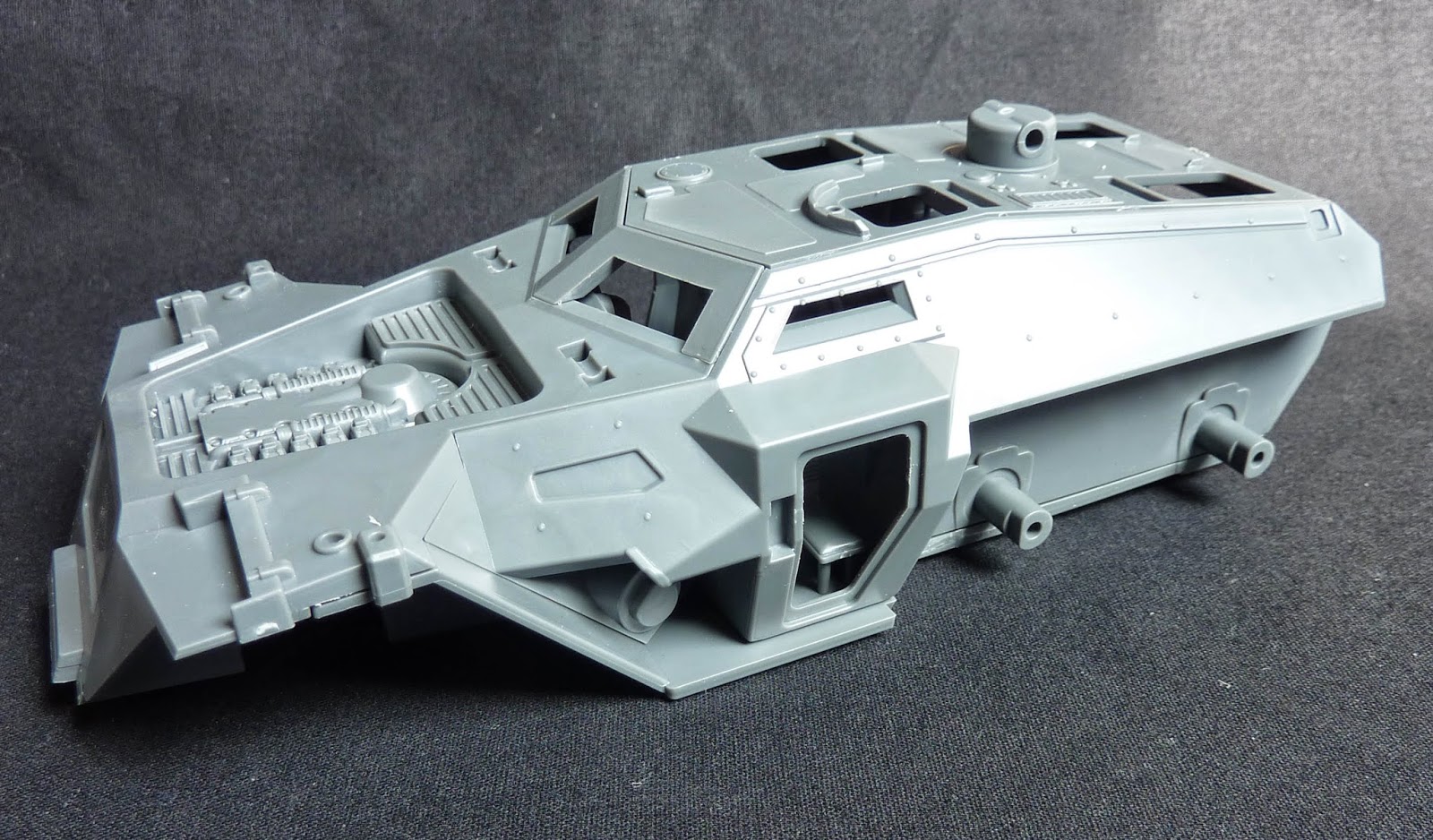 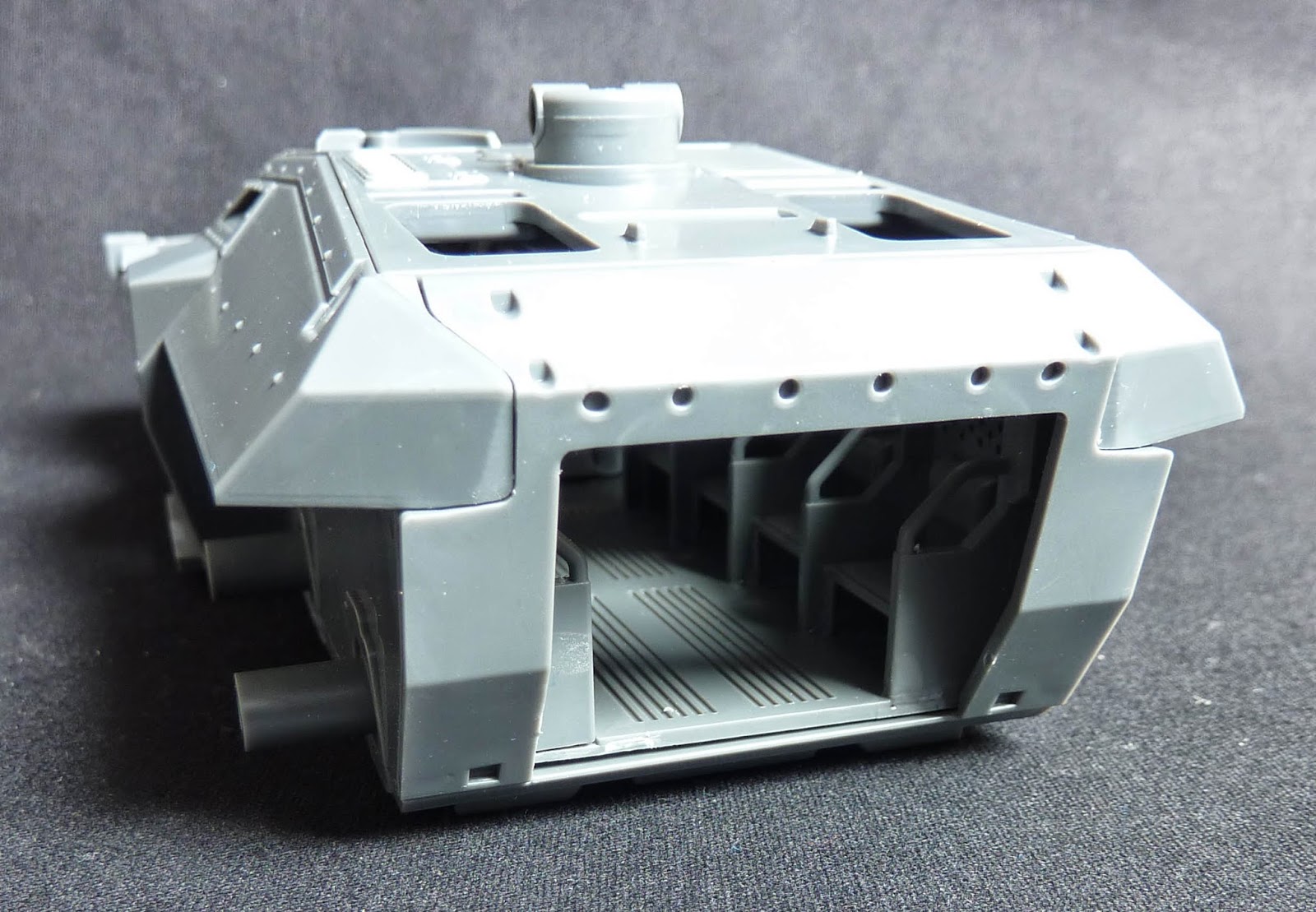 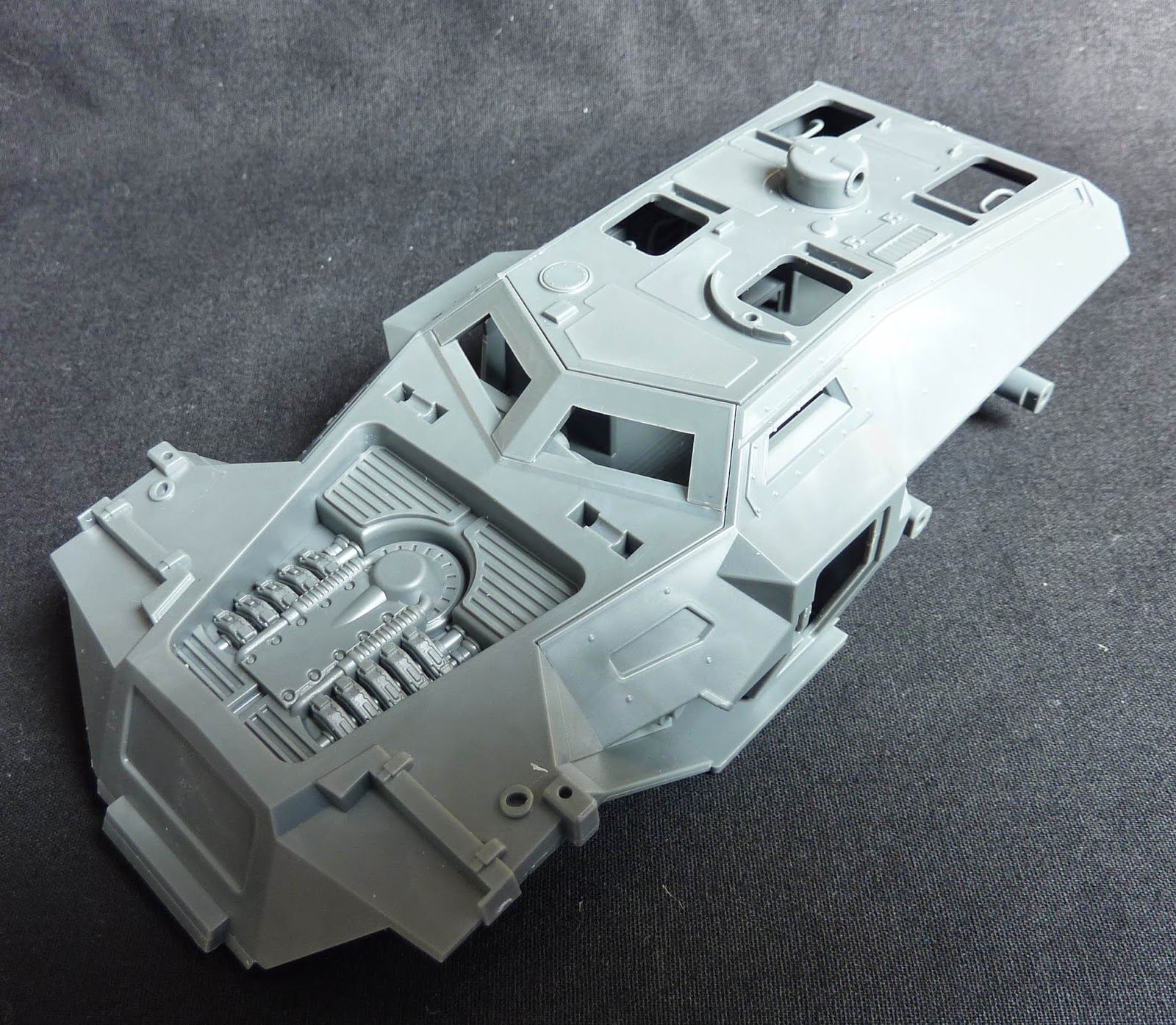 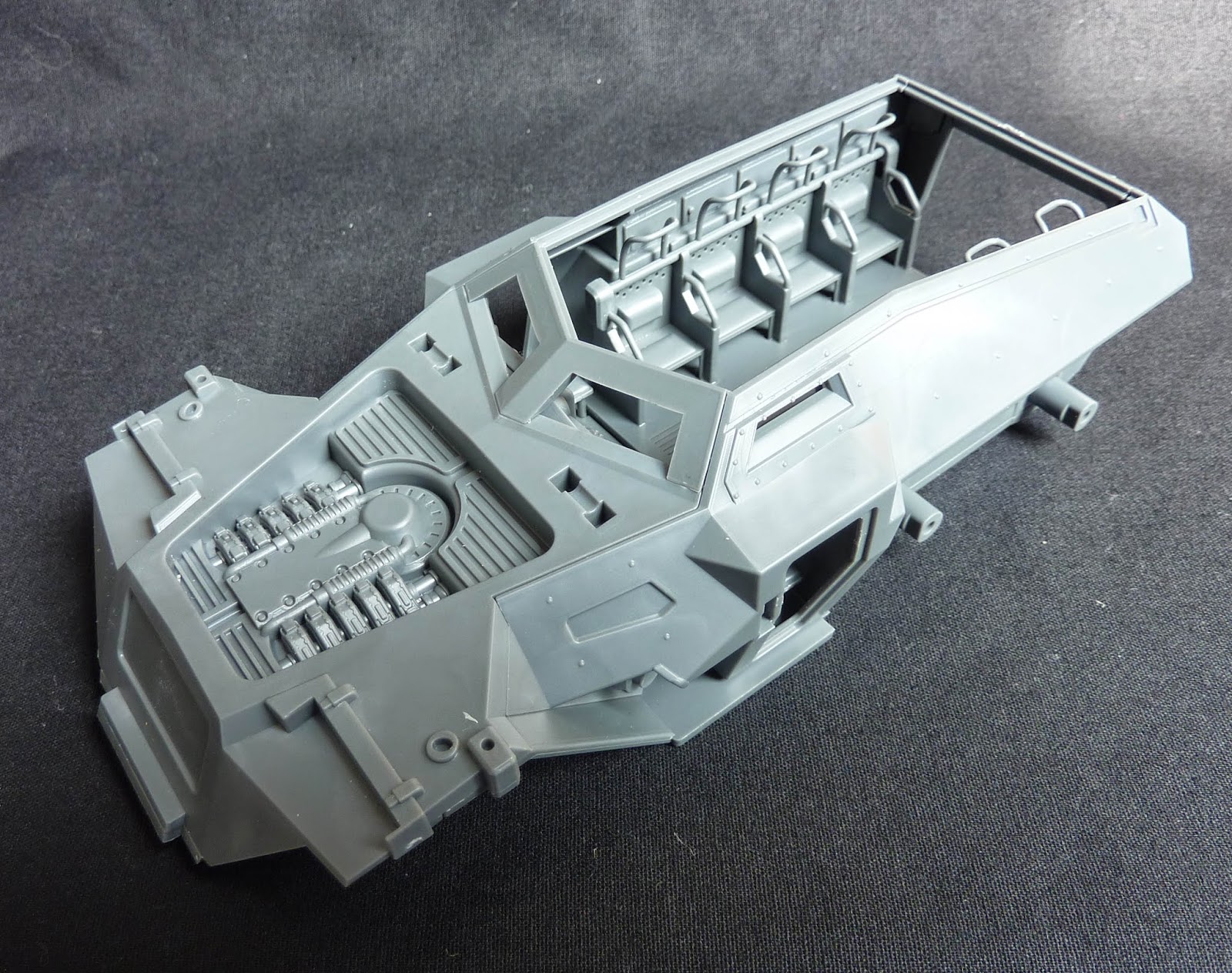 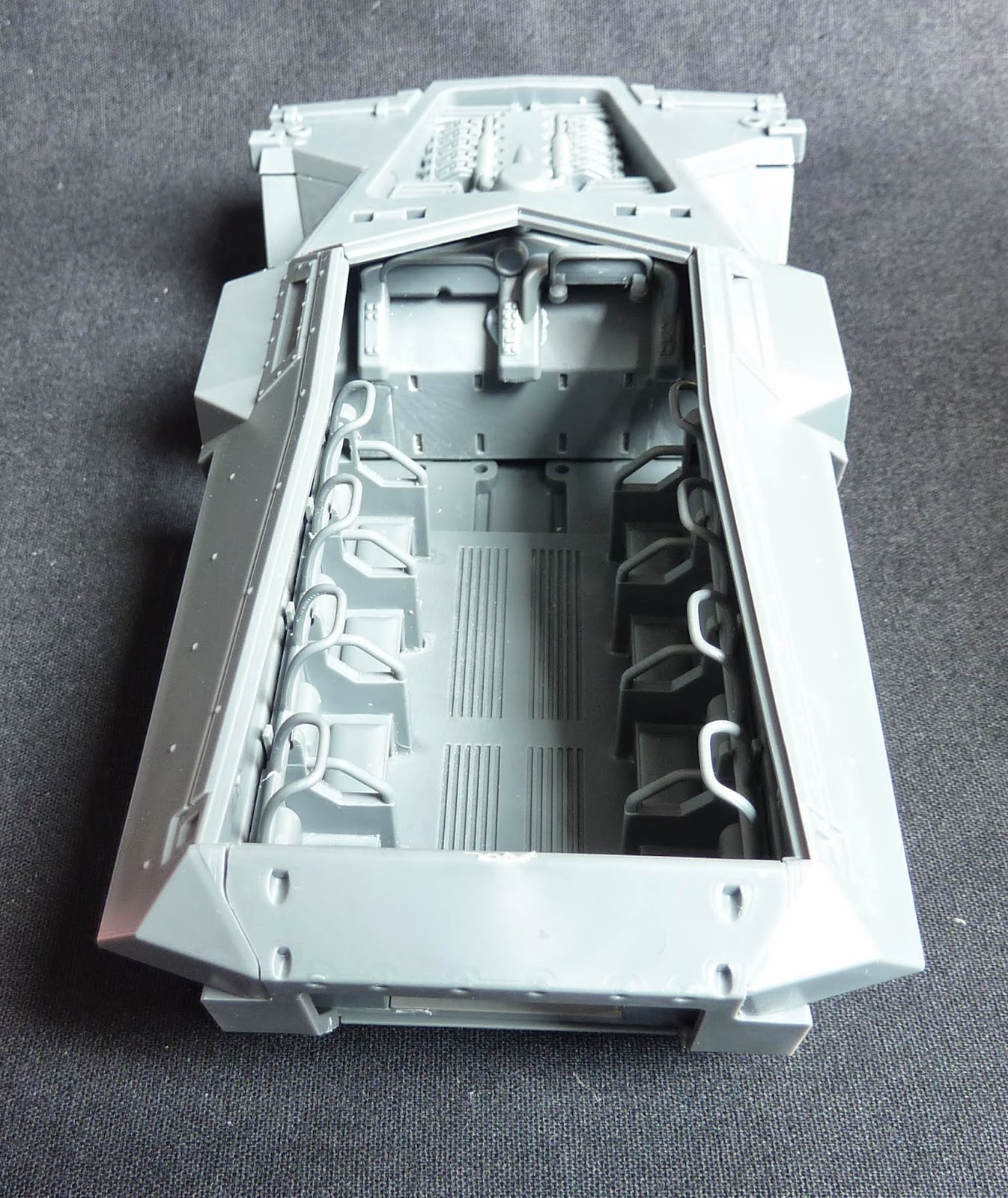 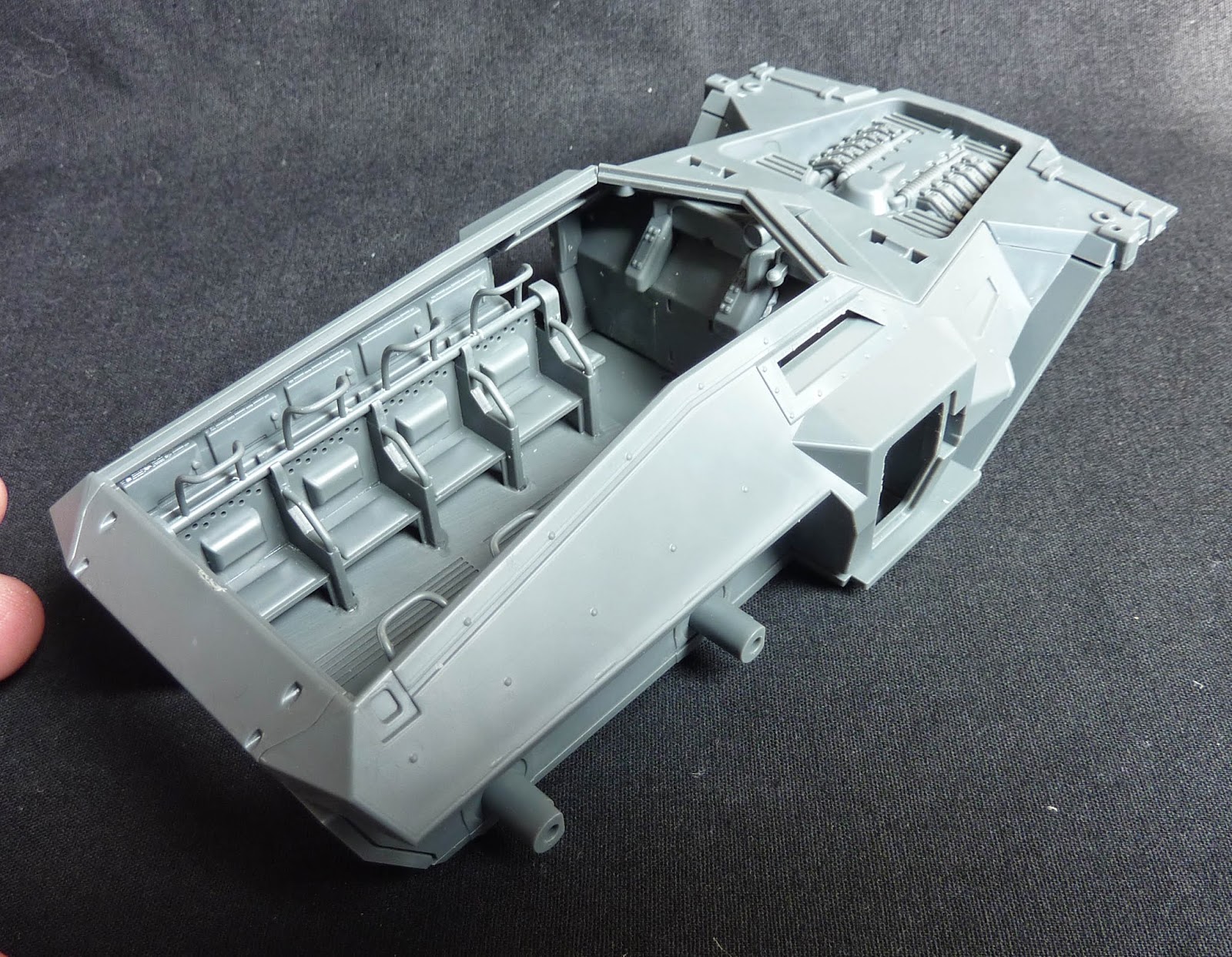 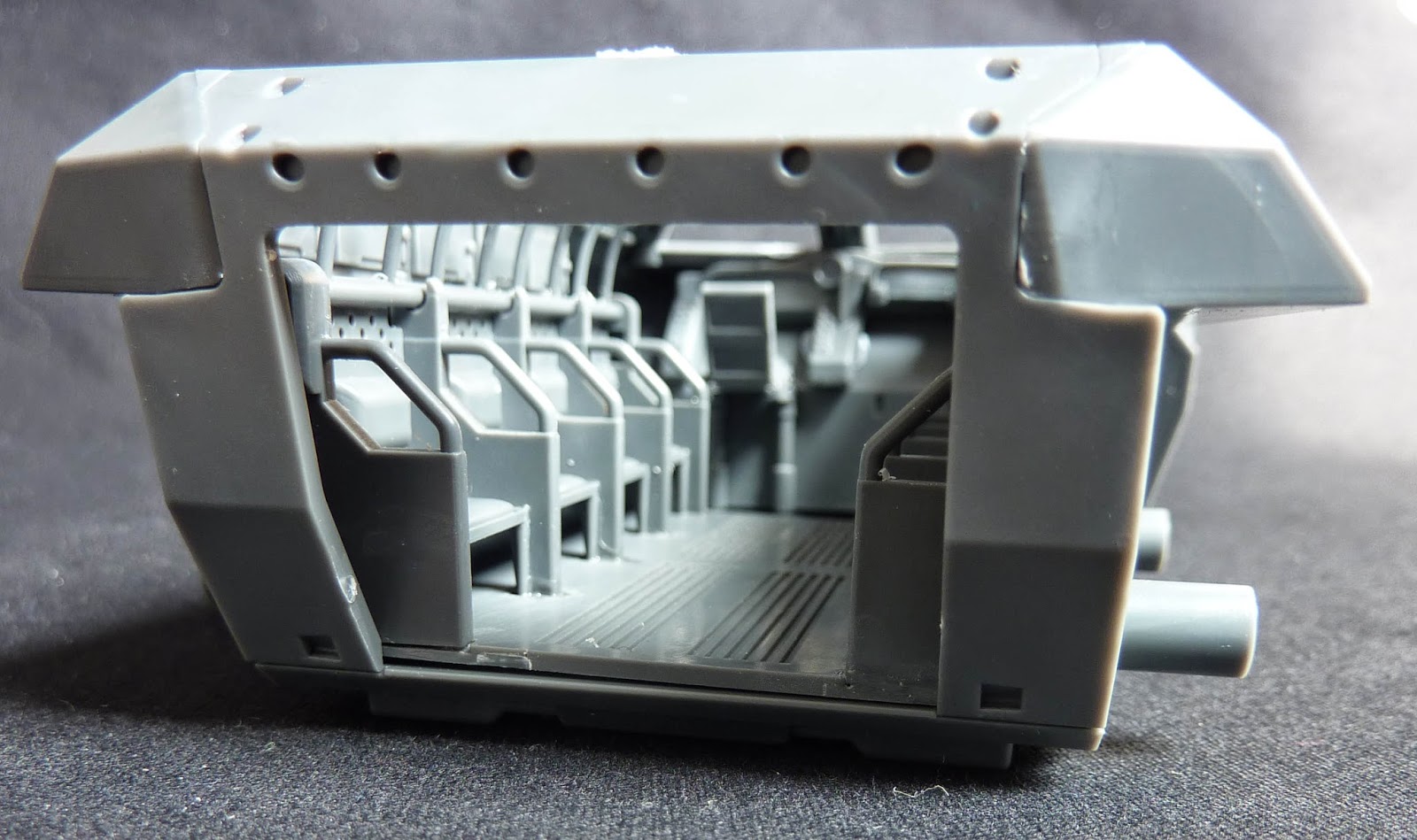 same photo as above but with the troopers guard rail lowered. 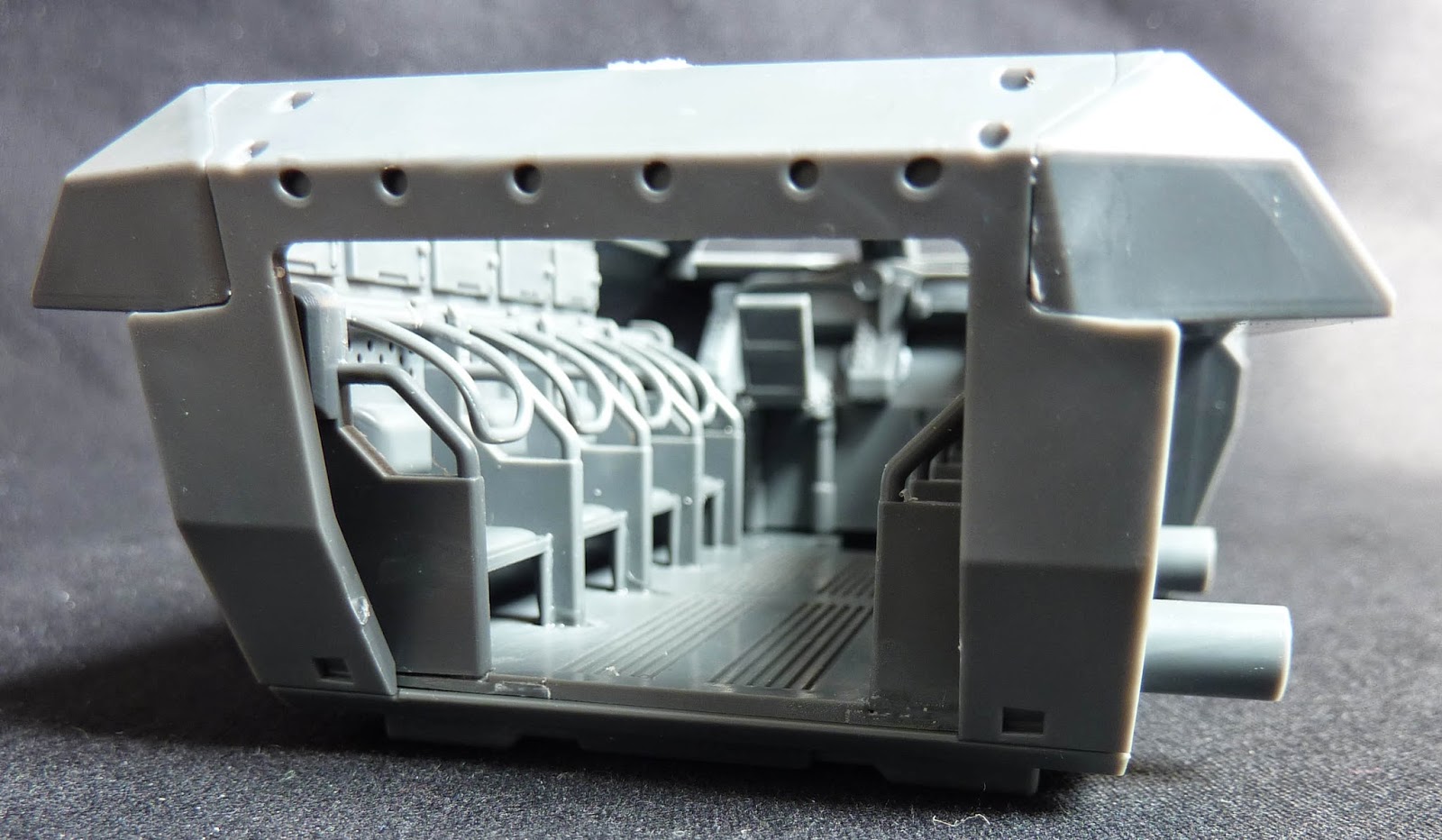 I'll start painting the interior tomorrow all being well.
Posted by dwartist at 14:45