...from Studio McVey's Sedition Wars miniatures. This was a limited edition resin figure (one of a set of four and an auto-turret) that I was lucky enough to pick-up at Salute earlier this year. He, and his fellow Vanguard troopers, will soon re-appear in plastic as part of the boxed game 'Battle for Alabaster funded by a very successful kickstarter campaign. In anticipation of receiving my game(s) next month I've started painting a couple of the resin figures... 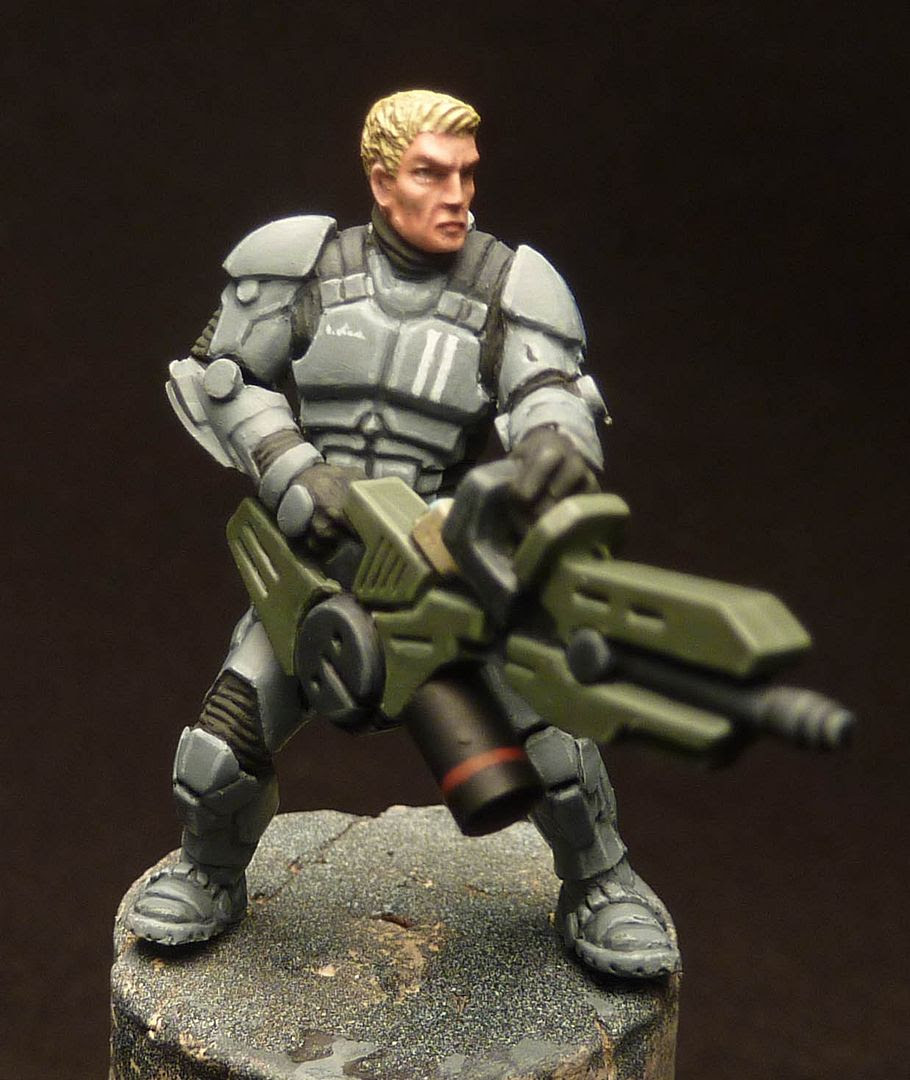