Jed has sent me a pre-production copy of his 28mm 'Superhawk' dropship (due out at the end of July hopefully) and it's stunning! Superbly designed (like the 'Samsara' it has been developed from a card model) and immaculately cast in resin it comes as a kit of parts with a detailed cabin interior and movable upper and lower loading ramps.
I've had and still have a few 28mm 'dropships' eg. Forgeworld, Games workshop, Puppets War, Titan Forge to name but a few. Due to poor casting, warped parts and bad fit of parts most remain either unbuilt, partly built or awaiting further correction work and paint. Perversely the only one I finished - the Titan Forge X5 - was the worst of all, a nightmare of a kit! Of the others the Puppets War craft are worth persevering with and will be eventually finished. The two Forgeworld fliers I had - the Arvus Lighter (still have a soft spot for this design) and the Valkyrie (replaced by the GW plastic kit) were so poor in terms of fit and warping of major components that I ended up binning both!
The 'Superhawk' is the dropship I've been waiting for for years!
Here's what you get... the hull parts

some of the interior detail 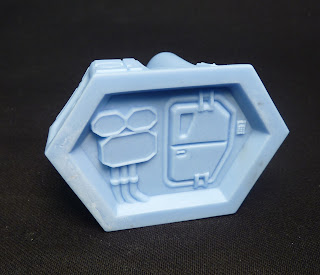 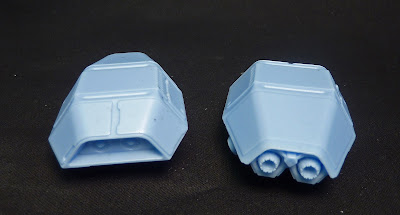 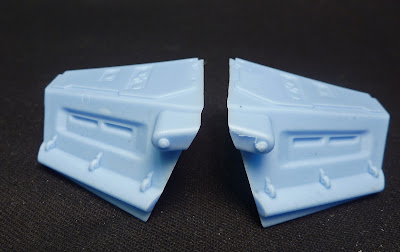 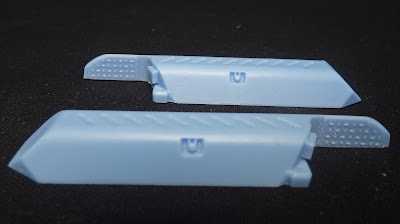 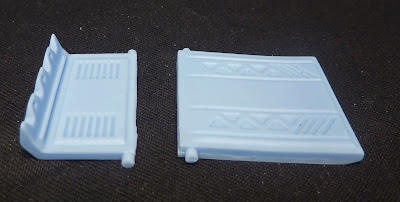 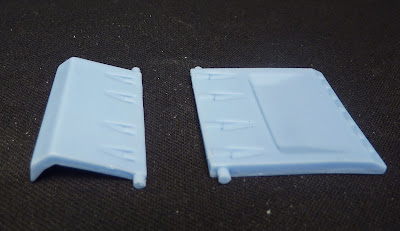 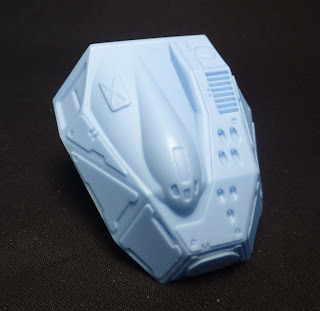 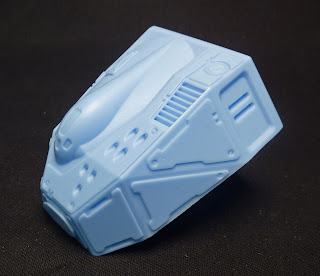 interior of the roof 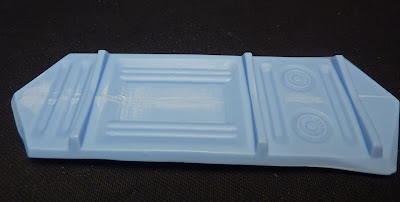 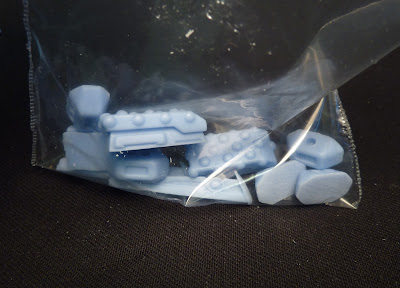 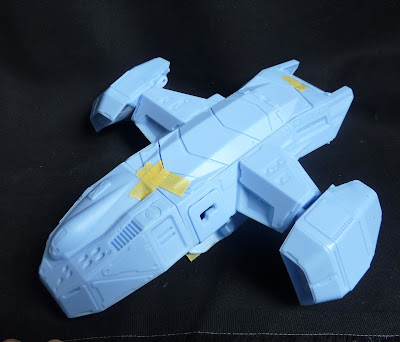 the 'Superhawk' is designed for Infinity (Ariadna faction?) but i don't have any Infinity minis so added a Studio Mcvey figure (about the same size as Infinity I think) to the cabin for scale purposes 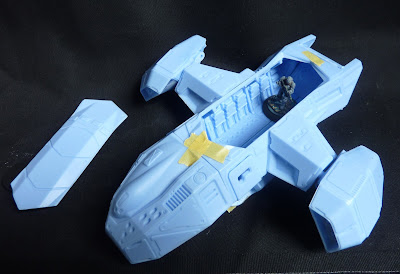 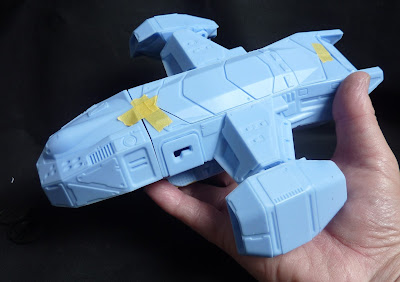 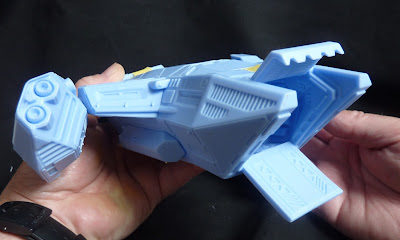 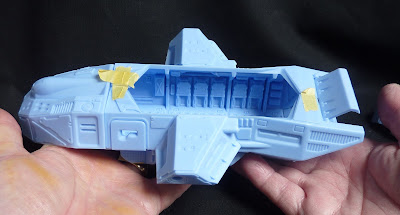 Right...off to the spray booth to start priming the interior...