...progress without pics of the 'Fiddler' but it's primed and ready for base-coats. As I was waiting for the primer to dry and harden I painted the face on one of the troopers I'm going to use with the 'Fiddler' - the face will be mostly hidden by binoculars but I had to paint the face so I could add the arms. There are not a lot of sci-fi troopers available in 1/35 scale but Industria Mechanika released a three-figure set of  futuristic 'Pawn Brigade' troopers to accompany the 'Rook' mech which should appear here on the blog in the not too distant future (hopefully).
I have to admit to being a little disappointed with the troopers - they seem a little too slim (I suppose they could be described as athletic), detail on the equipment is soft and the castings are far from perfect. I spent much of the weekend carving away very prominent 'steps' on all three figures (the legs particularly) and resculpting the folds in the trousers. Despite my initial doubts I think they'll paint up ok and though I didn't waste too much time on painting a face which will be largely obscured it's not too bad. 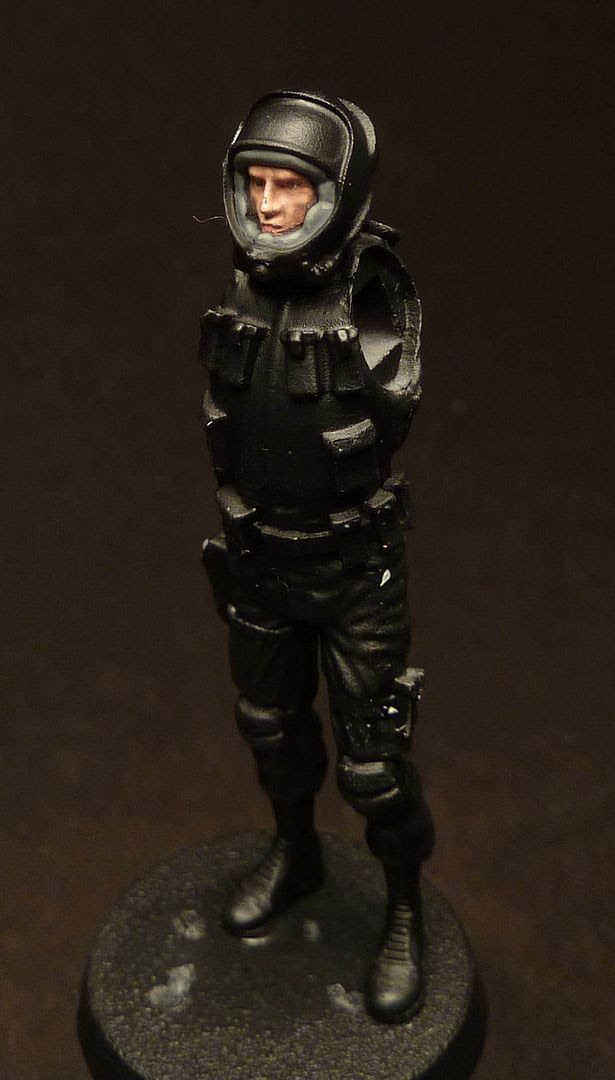 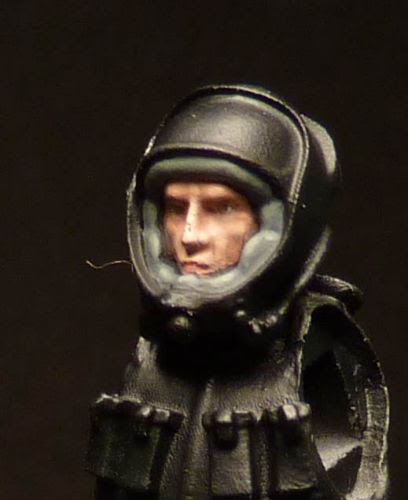