..." a synthetic vehicular organism used as a personnel carrier...." for Aliens obviously(?)! 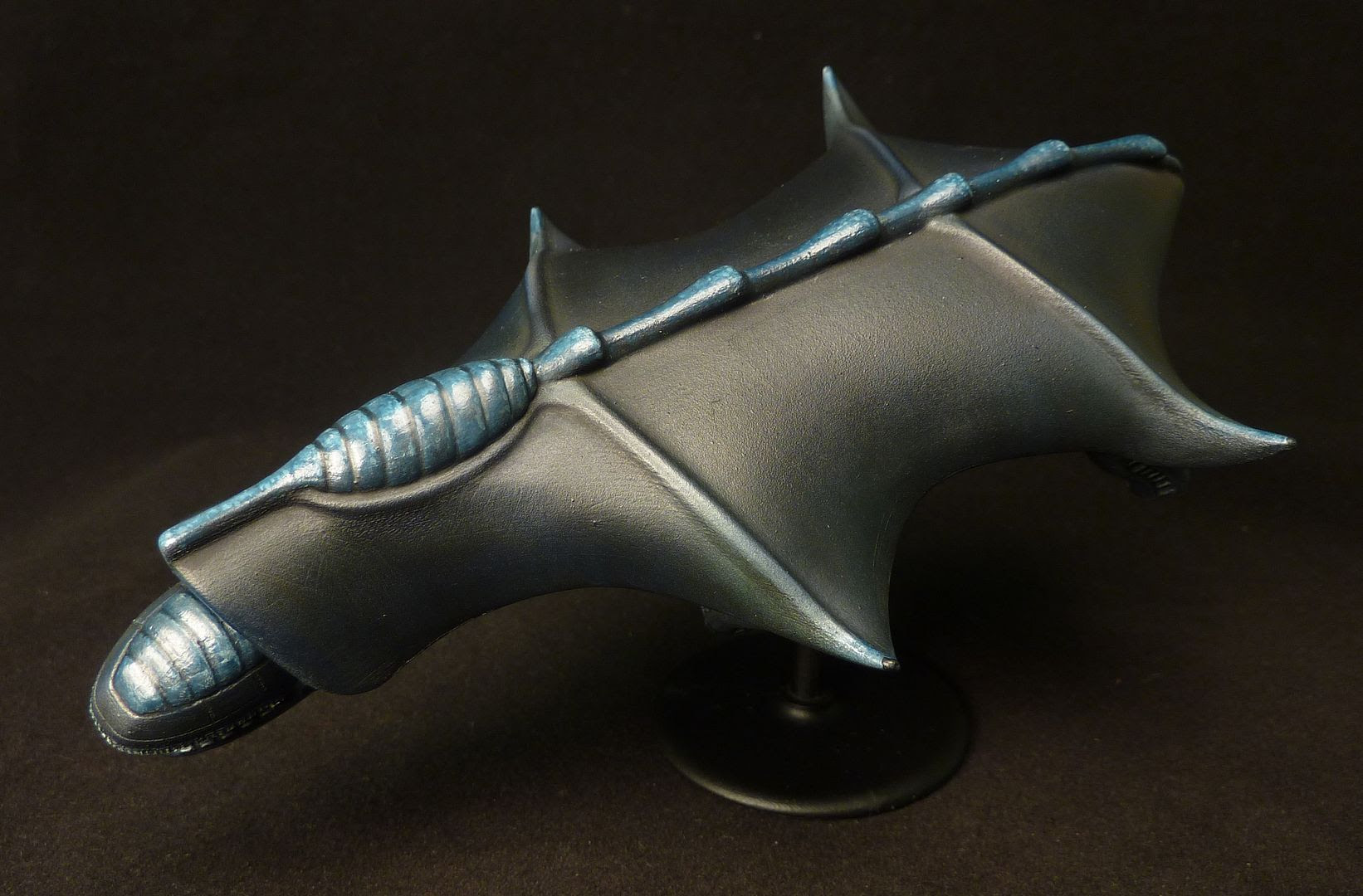 "inside the mouth, typical of Ti Monhid synths, there is a weapon -- a heavy phase cannon that gives the Intruder some teeth, emitting a bolt of blue energy." 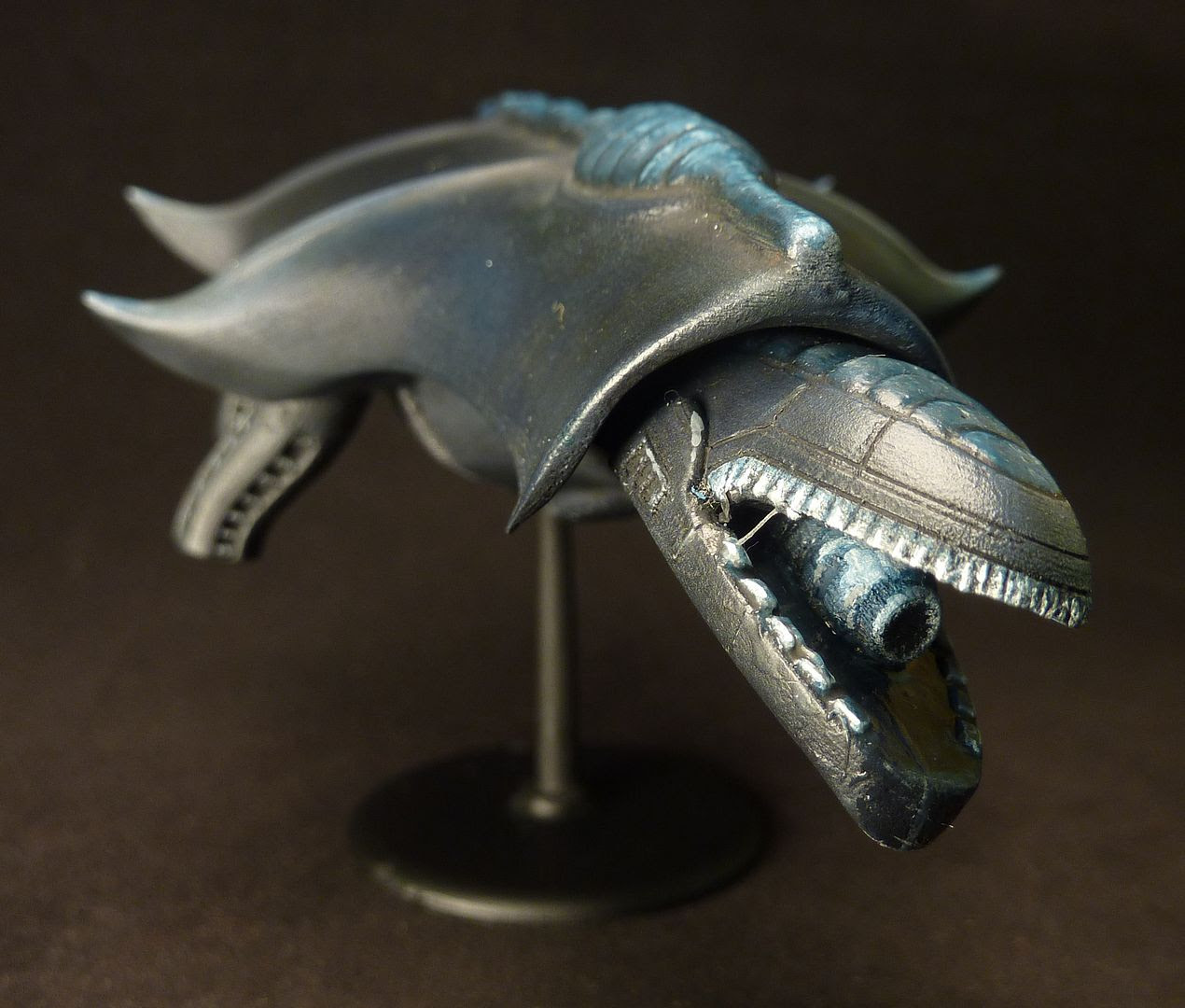 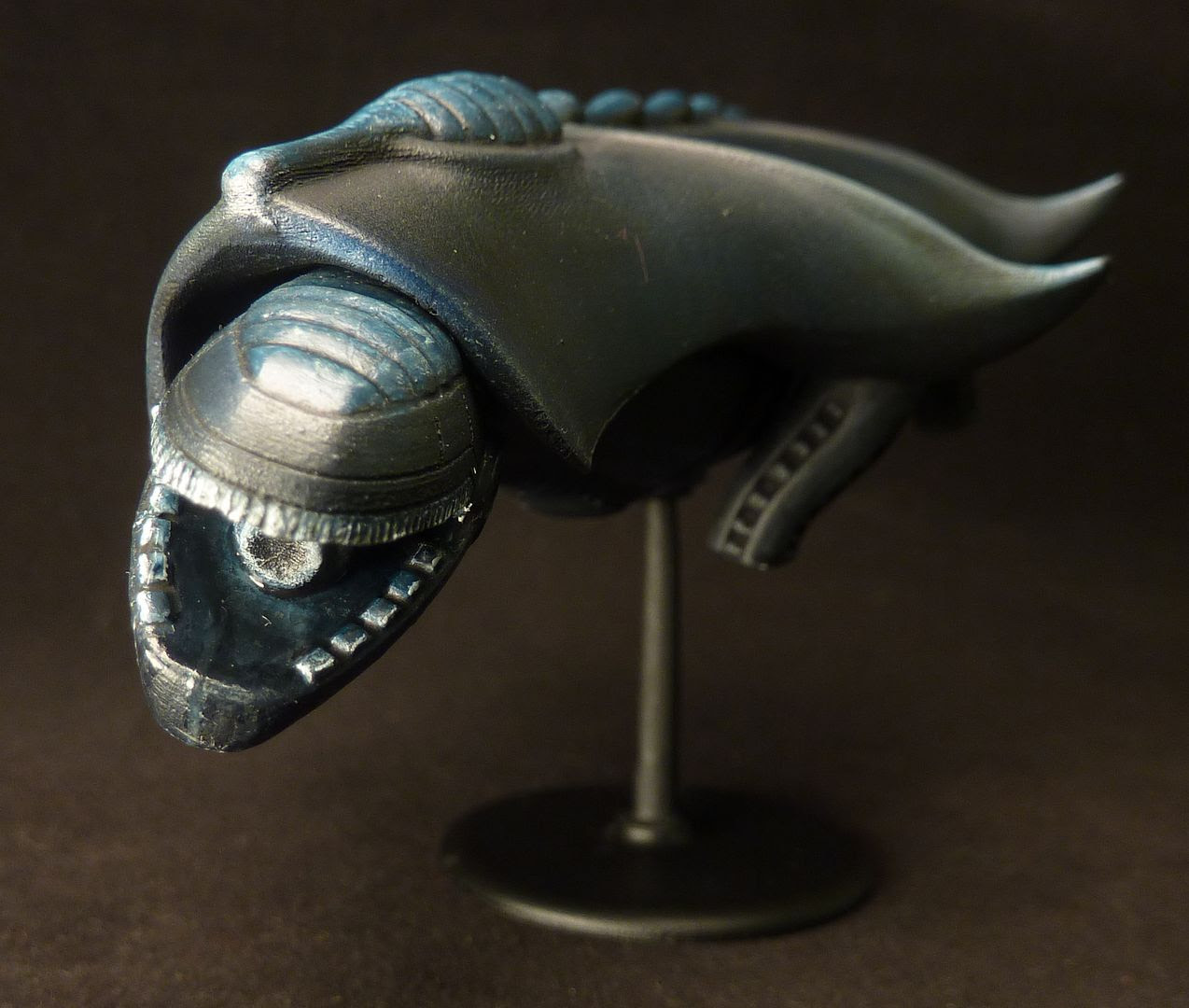 "At the back of the craft is an aperture from which the Ti Monhid Black Tigers or Space Demons spill -- this huge synthetic organism can carry six of the hulking Ti Monhids or a dozen Space Demons. They emerge from the aperture coated in glistening mucus but ready and eager to fight. The aperture has four corners which curl open to allow exit."
﻿ 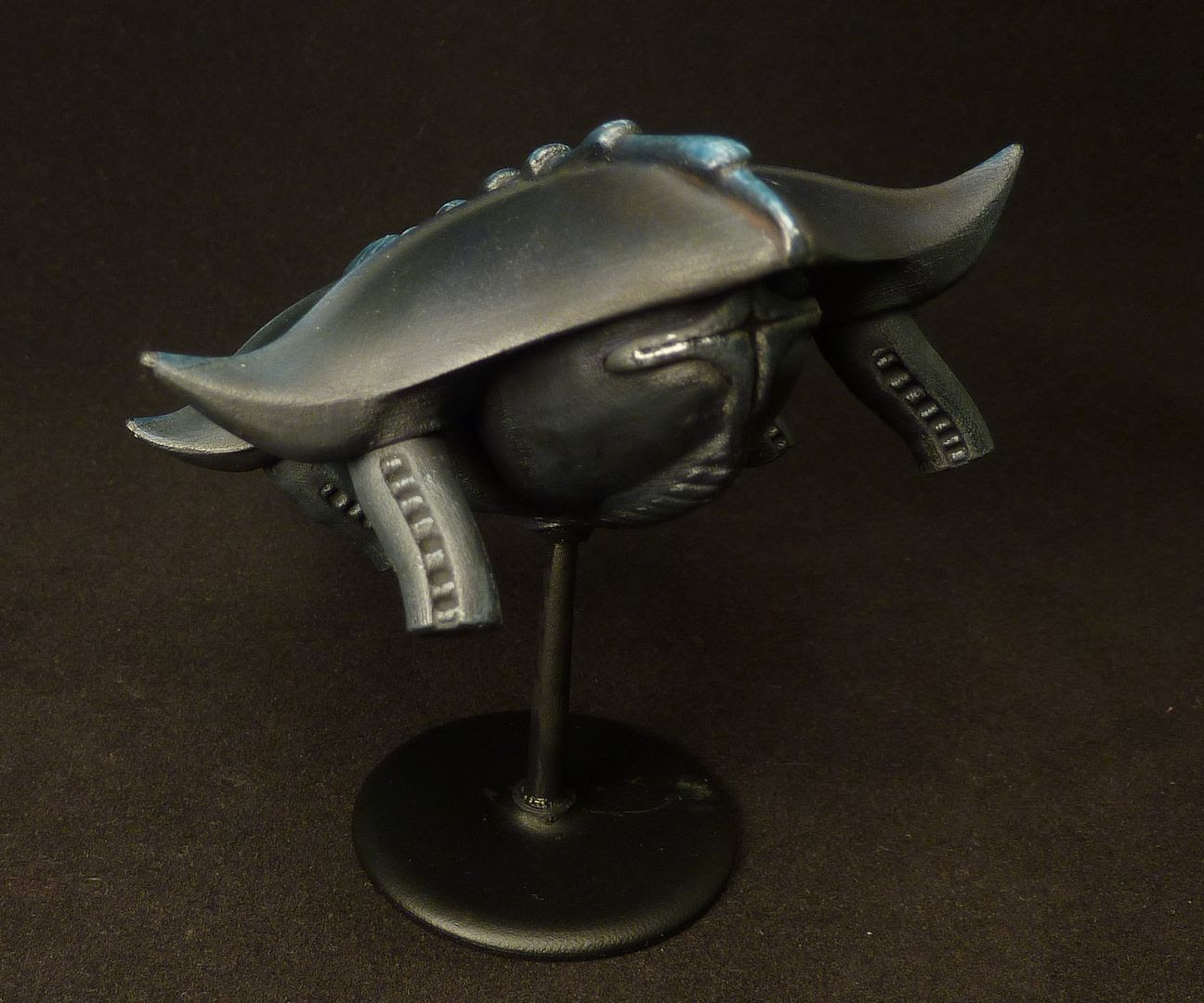 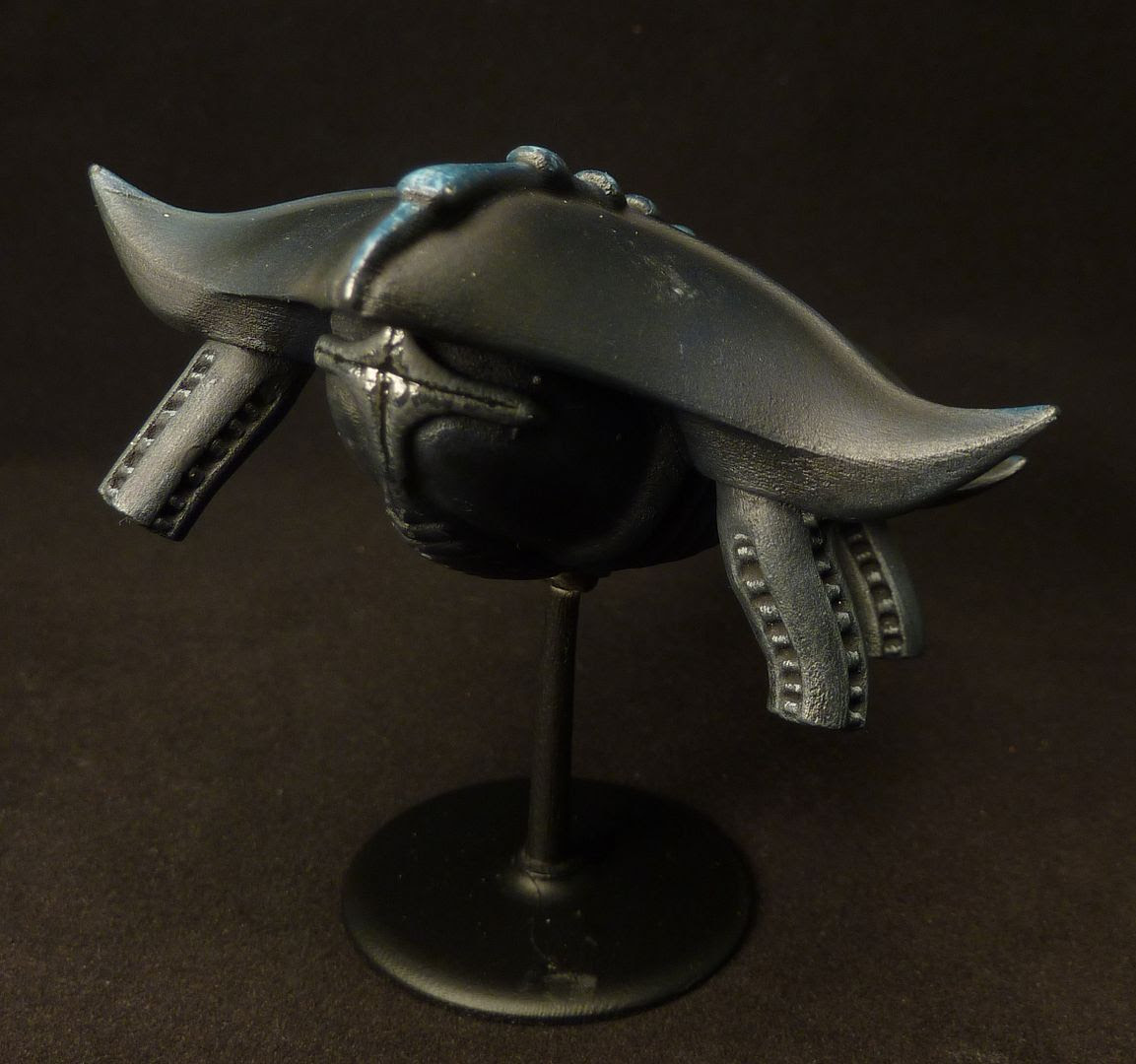 "...because of their great size and because their very sophisticated organic grav propulsion makes them appear to be swimming or floating. The creature is capable of travelling in the void of space and is used by the Ti Monhids as a primary method of steller assault." 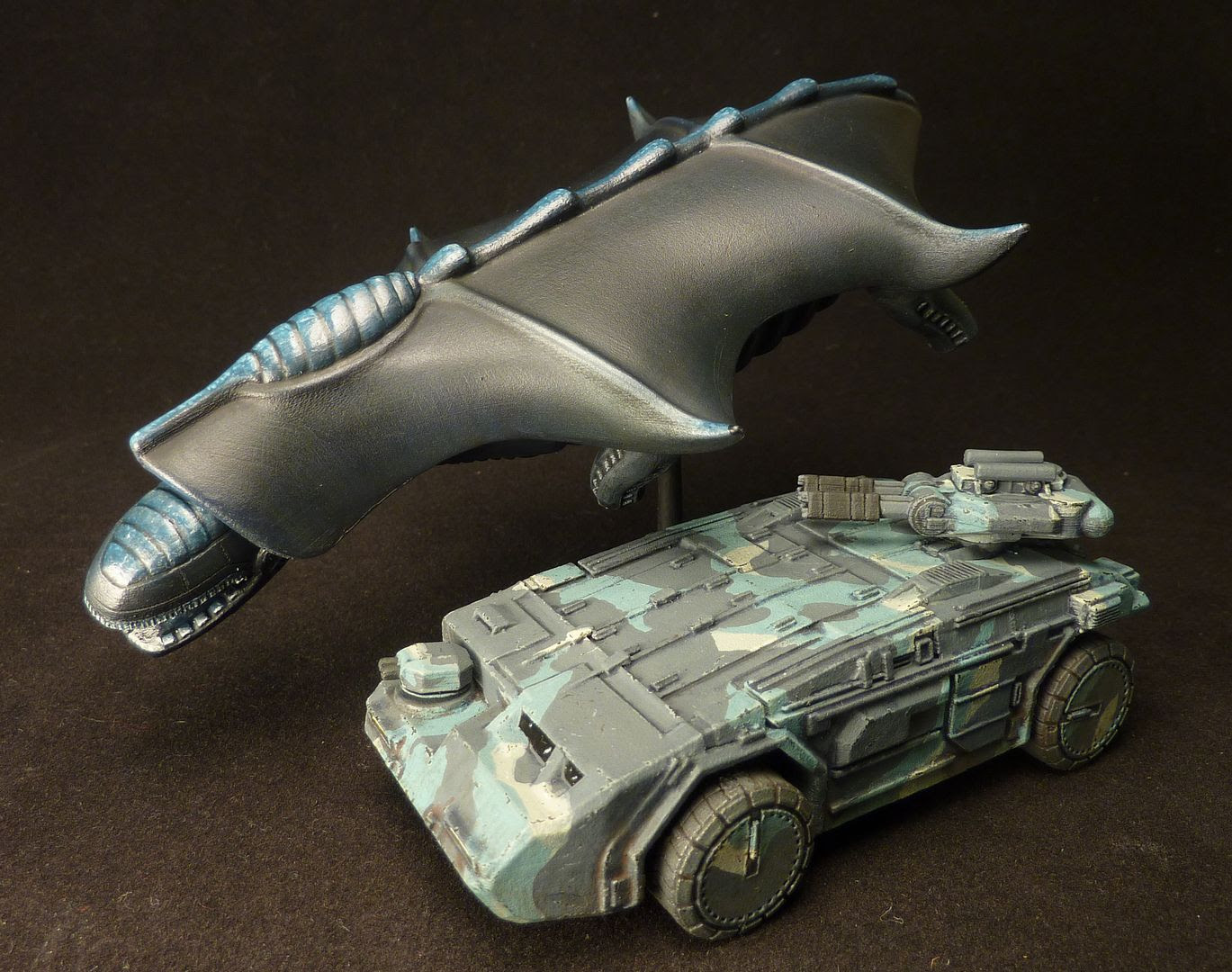