Alan has sent me twenty-eight, individually posed, Paras (differentiated by the style of their helmets)  from the above range to paint; these are actual 3d prints but they will be sold cast in polyurethane resin as were the earlier miniatures I received. They were originally planned to be the subject of a Kickstarter campaign but Alan has since decided to release them for retail sale and they can be found here on the White Dragon Miniatures website. Below are images of just ten of the individual poses.

Alan has also given me permission to show you the Foxhound and Quads he will be releasing soon(ish)... 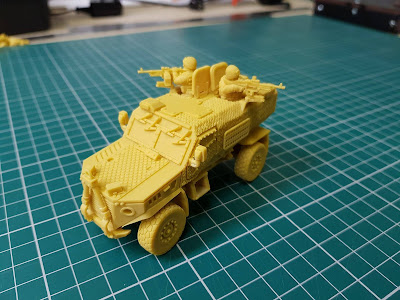 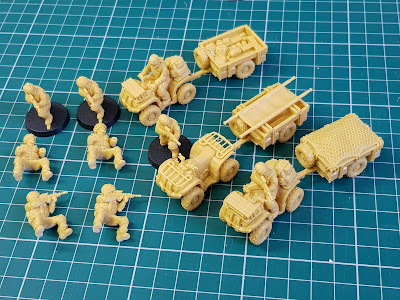