...I had a decision to make...If I wanted the roof to fit perfectly I would have to glue it in position, fill and sand the resultant gaps and make corrections where the roof over-lapped the sides. This would mean that the interior so painstakingly painted would be mostly hidden and could only be partially viewed if I left the door open. I have decided instead to have this as a display model with the roof off and alongside the vehicle on a polished wood base. I will order a second M577 and build it closed up (I will omit the driver and gunner but might include the commander at his station with the door open - and perhaps have a Colonial marine exiting the vehicle).
The first one has been primed and base-coated (it looks a bit light at the moment but this will darken with filters and weathering) and is now to one side awaiting specialist decals...and isn't it always the way that as soon as you start painting you find casting faults you missed during the build!? They will be corrected. Pics below with a Khurasan 'Caiman' APC for size comparison. 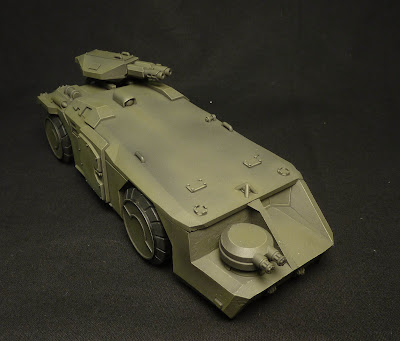 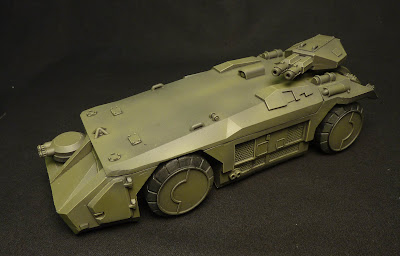 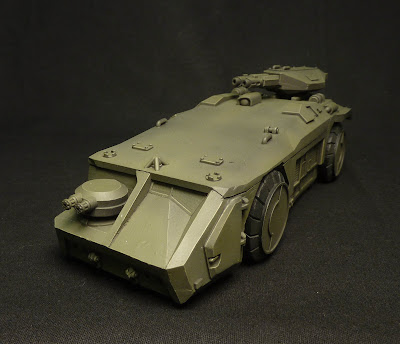 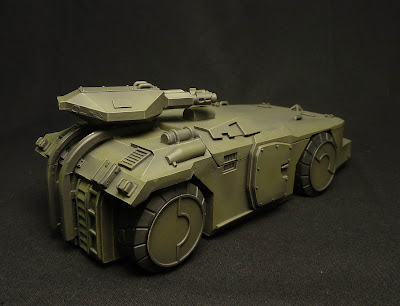 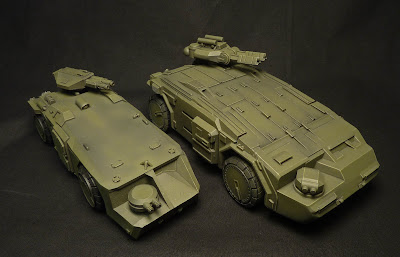